IND vs PAK: Rohit praises Kohli despite loss, says THIS about ex-skipper 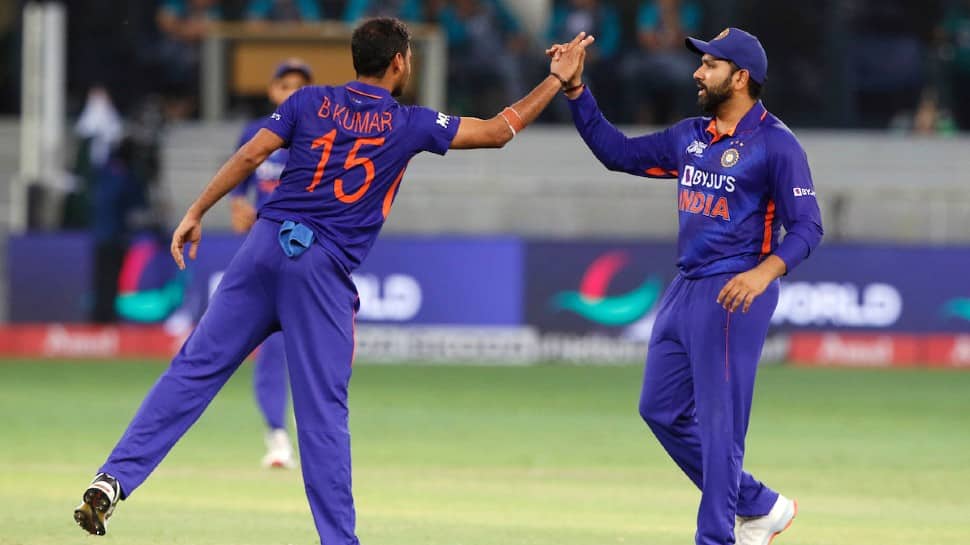 Team India captain Rohit Sharma’s biggest takeaway from his team’s five-wicket loss against arch-rivals Pakistan in the Asia Cup Super 4 match is learning about the mindset required to defend tricky totals under pressure. Pakistan beat India by five wickets as they chased down the target of 182 with a ball to spare.

The Indian captain said that a total of 181 was always a good one and he didn’t think that they were 10-15 short. “It’s a good learning for us. I thought it was a good score. Any pitch, any conditions when you get 180 it’s a good score,” Rohit said after the match.

“We got to learn a lot today – what sort of mindset we need to have when defending a score like that. Like I said you’ve got to give credit to Pakistan. They’ve played better than us,” Rohit added.

That was an intense powerplay we just witnessed!

In a high intensity game like this, one can’t lose the momentum, he insisted. Rohit admitted that the 73-run stand between Mohammed Nawaz and Mohammed Rizwan stretched more than he had expected.

“It’s a high pressure game we know that. You’ve got to be at it every time. A game like that can take a lot. We were calm even when there was a partnership between Rizwan and Nawaz. But that partnership obviously went a little long and they batted brilliantly. We understand the pitch gets slightly better in the second innings,” he said.

The skipper was all praise for Virat Kohli, who scored 60 off 44 balls in India’s 181/7. “The form is brilliant (talking about Kohli). Needed someone to bat long when the others were getting out. He batted with that tempo as well. Virat getting that score was crucial from the team’s point of view.”