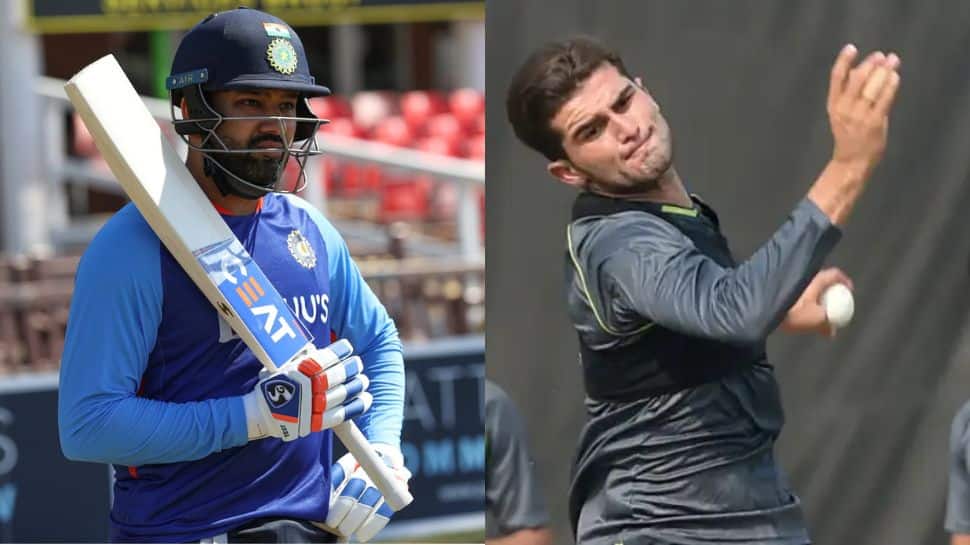 Team India captain Rohit Sharma sweated it out in an optional net session on Friday taking on left-handed throwdowns to prepare for Shaheen Afridi in the marquee clash against Pakistan on October 23. Rohit took on the fast throw-downs from both right and left-handed throwers trying to replicate Pakistan’s bowling line-up which boasts of quick bowlers like Shaheen Afridi, Haris Rauf and Naseem Shah. Pakistan’s bowling lineup has received a huge boost with the return of Afridi who was sidelined due to a knee injury. The left-arm pacer dismissed Sharma and KL Rahul in last year’s T20 World Cup, helping Pakistan secure a win over India. Sharma also had a long chat with the team’s head coach Rahul Dravid during the net session. The star batter also had a conversation with team India’s wicketkeeper-batsman Dinesh Karthik.

It is highly unlikely that Rishabh Pant will make it to the playing eleven against Pakistan as the youngster opted out of the optional net session and Karthik spent quality time in the nets in long batting and keeping practice. Jasprit Bumrah’s replacement in the squad, Mohammad Shami also toiled hard and bowled impressively in the nets. He has shown signs of being in form after he defended 11 runs against Australia in a warm-up game also taking three wickets in the over.

Deepak Hooda also walked out for a net session to work on his batting. Shardul Thakur and Mohammad Siraj, the playing reserves for India in the T20 World Cup squad bowled to the Indian batters, preparing for the matches if an opportunity arises. India’s star players Virat Kohli, Hardik Pandya, Yuzvendra Chahal and Bhuvneshwar Kumar chose to take a rest to keep their bodies fresh for India’s opening match against arch-rivals Pakistan.