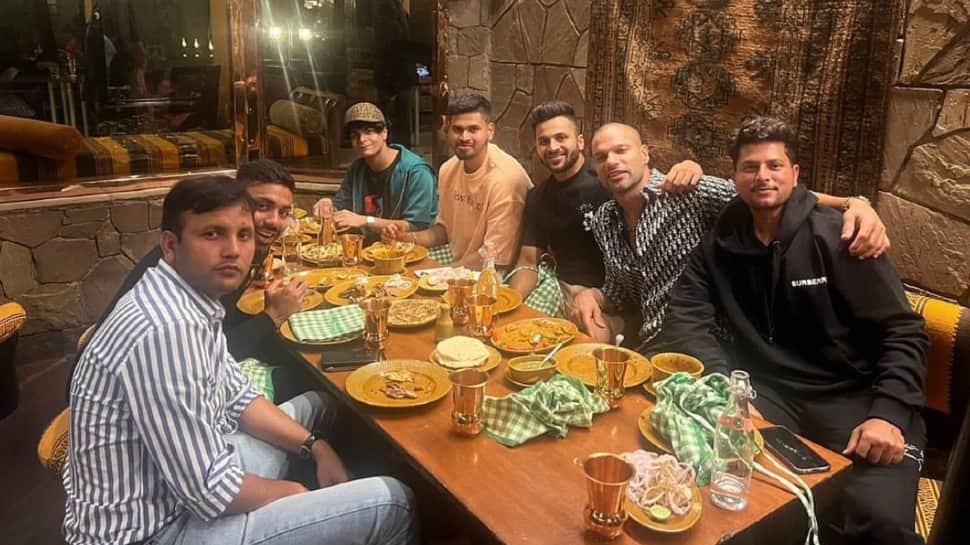 Team India captain Shikhar Dhawan appeared in a relaxed mood ahead of the all-important third and final ODI against South Africa in his home city of Delhi on Tuesday (October 11). The three-match series is level at 1-1 and the winning of the third ODI at the Arun Jaitley stadium will walk away with the series on Tuesday.

Team India arrived in the national capital on Monday (October 10) after their comprehensive win in the second ODI in Ranchi by seven wickets. Skipper Dhawan, who hails from Delhi, treated his teammates Shreyas Iyer, Shardul Thakur, Kuldeep Yadav and Avesh Khan to a lavish dinner at a city hotel on Monday night.

India lost the toss in a must-win game against South Africa on Sunday. Still, they did manage to win the match by seven wickets with 4.1 overs to spare here at the JSCA Stadium to level the three-match ODI series 1-1.

“The toss worked perfectly, I am glad. Thanks to Keshav that he chose to bat (laughs). I must say that Ishan and Shreyas, the way they created that partnership was great to watch,” said skipper Shikhar Dhawan in the post-match presentation ceremony.

After winning the toss South African captain Keshav Maharaj opted to bat first and that turned out to be an advantage for the hosts as the dew factor made things easier for the batters to score runs and hence India chased down the 279-run target in 45.5 overs.

“The ball was coming on nicely but it was keeping low. So our plan was to take on the bowlers in the first ten overs. But once the dew came into the picture, it was skidding on. So the back-foot shots were easy to execute,” said Shikhar Dhawan.