IND Vs SL: Ishan Kishan Admitted To Hospital After Being Struck On Head By Bouncer – Report 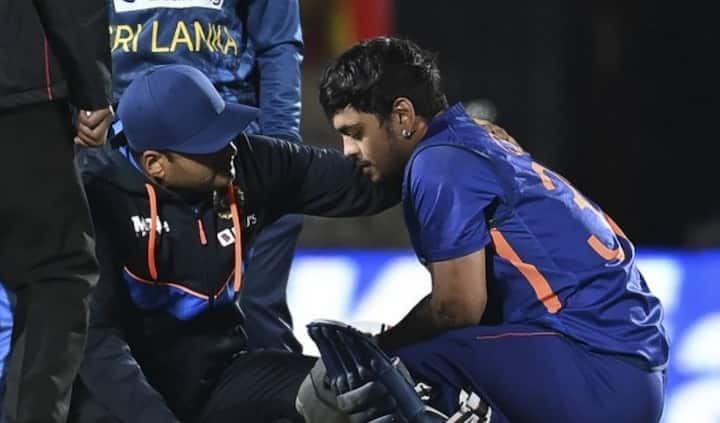 IND vs SL: India registered an emphatic series win against Sri Lanka by defeating the visitors by 7 wickets in the second T20I at Dharamsala. India’s wicket-keeper, Ishan Kishan was struck on the head by a pacy bouncer bowled by Sri Lankan bowler Lahiru Kumara.

The incident happened in the fourth over of the Indian innings when a 146 kmph delivery hit Ishan on his helmet. He continued playing despite the physio advising against it but lost his wicket soon after.

After getting injured while batting, Kishan was taken to the hospital for a CT scan. According to the report, he was admitted to the normal ward as a precautionary measure. At the same time, Dinesh Chandimal of Sri Lanka was also admitted to the same hospital after being injured.

The BCCI has not officially commented on the matter. At present, Ishan’s CT scan has been done and he is absolutely healthy. In the match, he scored 16 runs off 15 balls and was caught by Dasun Sanaka off Kumar’s bowling.

India managed to register an easy win owing to the batting master class of Shreyas Iyer and Ravindra Jadeja. Iyer, who was named man of the match has been in tremendous form of late.