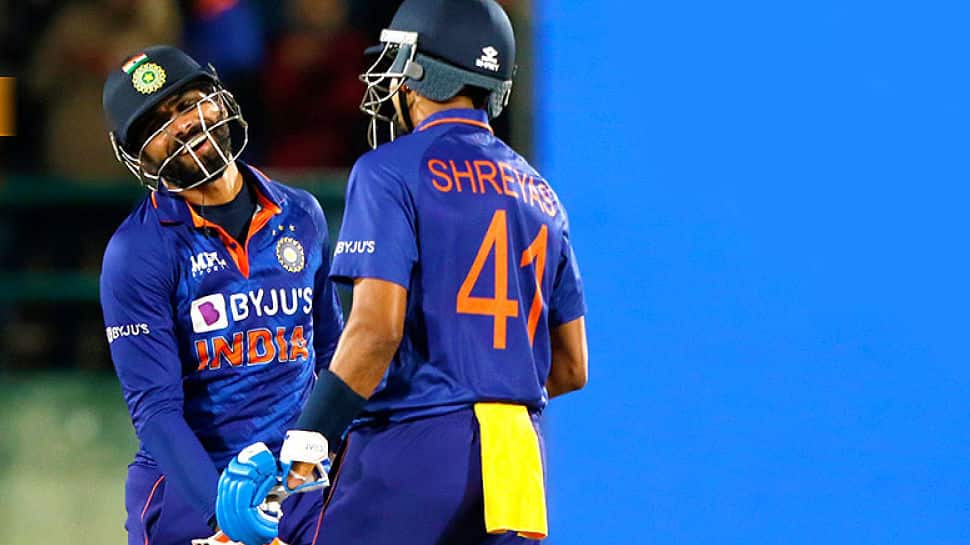 With this win, India also sealed the two-match T20I series (2-0) with a game to go. The third T20I between both sides will be played on Sunday.

Chasing 184, India got off to a bad start as the side lost skipper Rohit Sharma in the first over. Dushmantha Chameera removed Rohit as the batter edged the ball onto the stumps.Ishan Kishan and Shreyas Iyer stitched a 35-run stand but Lahiru Kumara removed the batter in the sixth over.

Shreyas and Sanju Samson then carried the innings and accelerated at the right time to get close to the target.Samson got out in the 13th over as Binura Fernando grabbed a one-handed catch to reduced India to 128/3. However, Jadeja and Shreyas Iyer (74) took India home with an easy win over Sri Lanka in the second T20I.

Jadeja and Shreyas stitched an important 58-run stand in 25 balls.

Earlier, put into bat first, Sri Lanka got off to a decent start as the side scored 32 runs after the completion of powerplay.

Sri Lanka were 102/4 in the 15th over but Pathum Nissanka and skipper Dasun Shanaka played some lusty shots and took Sri Lanka over the 150-run mark in the 19th over.Sri Lanka scored 183 runs in the allotted 20 overs as Shanaka smashed the last two balls for six to end the innings on a high.