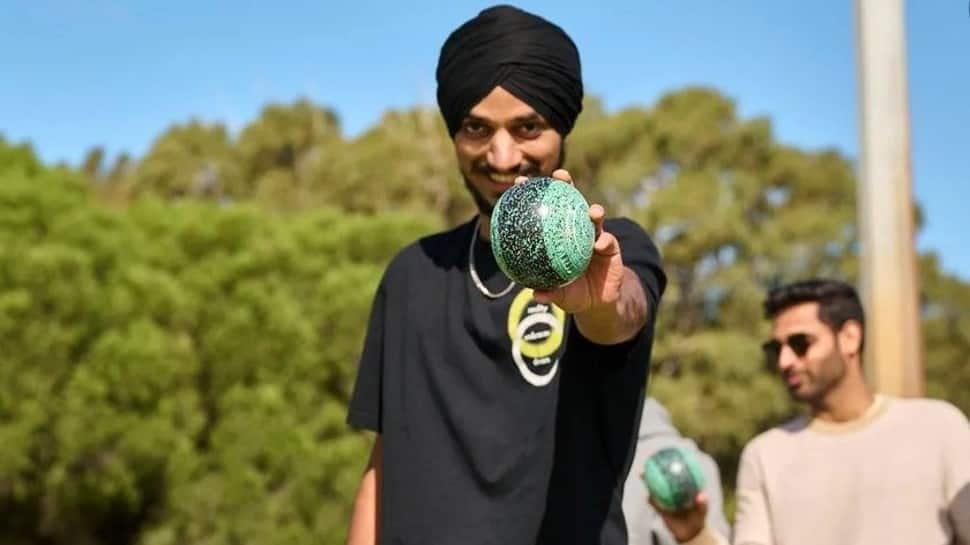 Team India are taking part in second practice match against Western Australia at the WACA stadium in Perth on Thursday (October 13). On the sidelines of the game in Perth, young left-arm pacer Arshdeep Singh won the hearts of fans in Australia with his great gesture.

Arshdeep become a firm fan-favourite as was evident by a video that is going viral on social media.  The video was shot during India’s second practice match against Western Australia XI as Arshdeep was seen giving autographs on a fan’s bat. The fan then hails the star pacer and calls him ‘legend’ and within no time the clip found its way to social media.

Arshdeep Singh signing the bat of a cricket fan, nice gesture from the star of bowling, he is truly a favorite of Indian fans. pic.twitter.com/UoUwNvuhqu
— Johns. (@CricCrazyJohns) October 13, 2022

Meanwhile, with Jasprit Bumrah, and Deepak Chahar out of action due to injuries, the Indian pace bowling unit’s hopes has now on Bhuvneshwar Kumar, Harshal Patel and Arshdeep Singh. However, former Pakistan pace legend Wasim Akram feels that Bhuvneshwar Kumar might struggle in the Australian conditions if the ball is not swinging and thus may not be as effective. Bhuvneshwar is the most experienced bowler in that squad with vast experience in white-ball cricket.

“India have Bhuvneshwar Kumar, he is good with the new ball, but with his pace, if the ball is not swinging, he will probably struggle there. But he is a very good bowler no doubt, swings both ways, has the yorker. But you need pace in Australia,” Akram was quoted as saying by Khaleej Times.

“You see that guy from Kashmir, Umran Malik, he is quick. India need to stick with him because he has got pace. If I was in the Indian think-tank, I would have picked him in the squad all the time,” he added.

Meanwhile, Akram picked Suryakumar Yadav as a key batter in the Indian lineup and felt he would be the dangerman for opposition teams.

“He is a very dangerous player, he is a 360 player. I saw him first time when he joined the Kolkata Knight Riders. I spent two years with him. I was amazed that the KKR let him go. He was young, he was 19 or 20 then, imagine, he would have been the (KKR) captain by now,” Akram said.

India will open their ICC men’s T20 World Cup 2022 campaign against Pakistan at the Melbourne Cricket Ground (MCG) on October 23.