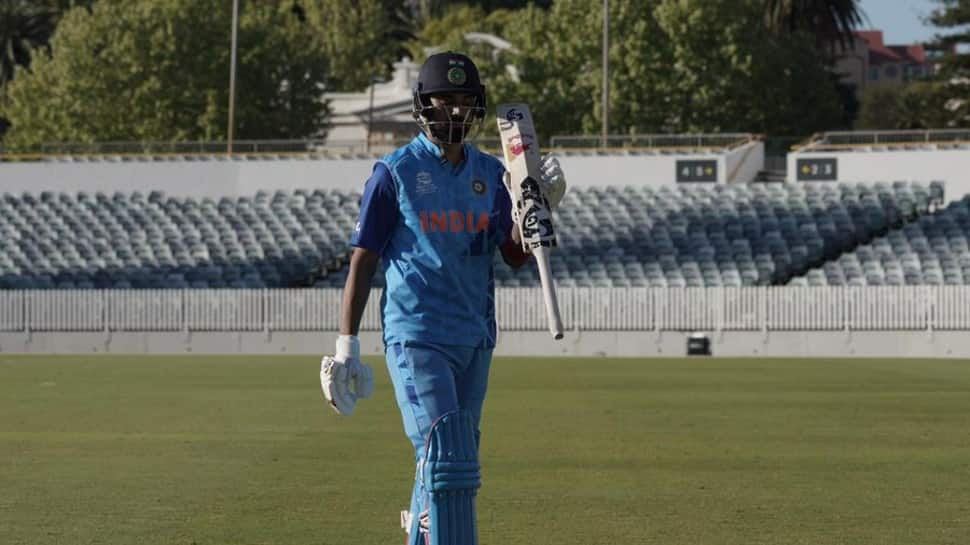 KL Rahul’s blistering knock of 74 off 55 balls went in vain as Team India lost their second practice match to Western Australia XI by 36 runs at the WACA Stadium on Thursday (October 13). India could only manage to score 132 runs while chasing a target of 169 runs. Notably, skipper Rohit Sharma, Virat Kohli and Suryakumar Yadav did not bat in the game and Hardik Pandya (17) was the second top-scorer for India after KL Rahul.

Electing to bowl first, Josh Phillippe was taken out early by Arshdeep Singh on a pitch that had some bounce. D’Arcy Short (52 off 38 balls) and Nick Hobson (64 off 41 balls) shared a partnership of exactly 100 runs, where the duo took the spinners to the cleaners.

The century stand was broken when Short was run-out and Hobson soon followed after holing out in the deep. Ace off-spinner Ravichandran Ashwin then struck in consecutive balls to remove Ashton Turner and Sam Fanning apart from taking out Cameron Bancroft in the same over.

That’s that from the practice match against Western Australia.

Eventually, Western Australia XI finished on 168/6, with Ashwin grabbing figures of 3-32. From the pacers’ perspective, Harshal Patel took 2-27, in a welcome change after being on the expensive side in the recent times while Arshdeep ended with 10 in his three overs.

In the chase, Rishabh Pant failed to get going yet again, being constantly beaten by left-arm pacer Jason Behrendorff. Eventually, Pant holed out for nine off Behrendorff. India suffered another blow when pacer Lance Morris dismissed Hooda, leaving the visitors at 39/2 in eight overs.

Pandya looked good before holing out off left-arm spinner Hamish McKenzie. At that stage, India slumped to 58/3 in the 10th over with Rahul at 21 off 28 balls and trying to hold fort from one end. Morris, with his fast pace, was troubling India with Axar Patel falling to him for just two runs.

McKenzie had another scalp to his name by dismissing Dinesh Karthik and despite Rahul getting his fifty in 43 deliveries as well as taking 20 runs off Behrendorff in the back-end of the innings, India fell well short of the target. Morris was impressive for Western Australia XI with 2-23 in his four overs.

India will now move to Brisbane where they will play two warm-up matches against defending champions Australia on October 17 and last year`s runners-up New Zealand on October 19.

India, the inaugural Men`s T20 World Cup winners in 2007, are in Group 2 of the Super 12 stage at T20 World Cup, alongside Pakistan, Bangladesh, South Africa and two qualifying sides from the first round of the tournament.

They will open their T20 World Cup campaign against arch-rivals Pakistan on October 23 at the Melbourne Cricket Ground (MCG), followed by matches on October 27 (against the first qualifier side at SCG), October 30 (against South Africa at Perth Stadium), November 2 (against Bangladesh at Adelaide Oval) and November 6 (against second qualifier side at MCG).