‘India got a lesson from Russia-Ukraine crisis’: Army Chief said – ‘Future wars will be fought with indigenous weapons’ 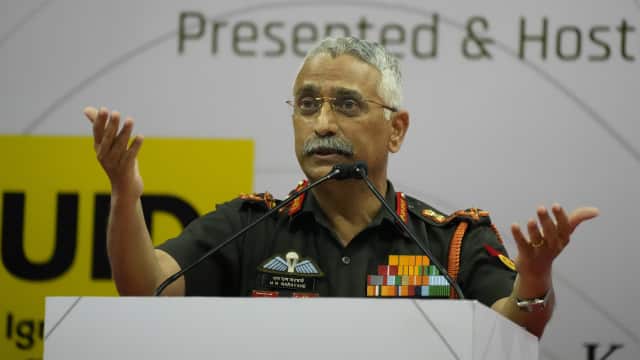 Army Chief General Manoj Mukund Naravane said on Tuesday that the biggest lesson for India from the ongoing conflict between Russia and Ukraine is that we have to be ready to fight future wars with indigenous weapons.

ANI quoted the army chief as saying, “The biggest lesson is that we have to be prepared to fight future wars with indigenous weapons. More steps have to be taken towards self-reliant India in defence. Future wars should be their weapons.” systems must be fought.”

Earlier, reacting to the challenges being faced by China and Pakistan in a seminar, Army Chief MM Naravane had said that India is facing difficult defense challenges. We are seeing some glimpses of the struggles of the future, he said. He said that Pakistan and China will continue to strive to achieve their strategic goals in the coming days.

The Russian invasion of Ukraine entered its 13th day on Tuesday, with no success in three rounds of talks. Russia is shelling several key sites and residential areas in Kyiv and in Kharkiv, the country’s second largest city.

Ukraine’s Defense Minister Oleksey Reznikov said in a video address that at least 400 civilian deaths were recorded as a result of Russian military actions. He said Russian attacks destroyed more than 200 schools, 34 hospitals and 1,500 residential buildings in Ukraine.