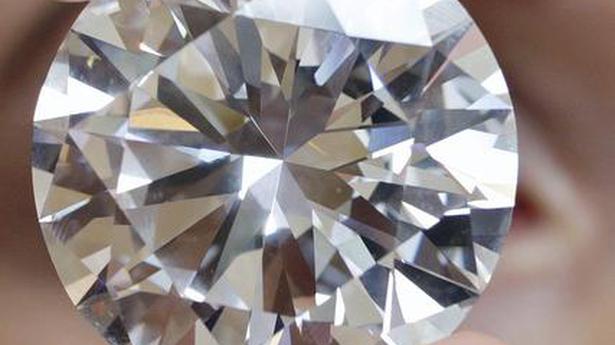 Exporters of gem and jewellery have received assurances of support from Russia’s Alrosa, which accounts for about 30% of global diamond output

Exporters of gem and jewellery have received assurances of support from Russia’s Alrosa, which accounts for about 30% of global diamond output

India may consider alternative payment mechanisms for exporters if the Russia-Ukraine conflict continues for a long time and key trade sectors such as gems and jewellery face a problem in international cash transfer, government sources said on Tuesday.

This consideration came against the backdrop of the Russia-Ukraine war and sanctions being imposed by western countries, including the Group of Seven (G-7) economies, which have imposed punitive sanctions against the Russian central bank.

The G-7 has also decided to remove Russian banks from the SWIFT international banking system — which is intended to isolate Russia from global trade.

“India is closely monitoring its foreign trade situation in the wake of the Ukraine situation and may consider alternative payment mechanisms if the adverse situation continues for a long time and key trade sectors such as gems and jewellery face a problem in international cash transfer,” one of the sources said.

Exporters of gems and jewellery have received assurances of support from Russia’s Alrosa, which accounts for about 30% of global diamond output, and sells about 10% of its rough-diamond output to India.

Diamonds account for about 50% of India’s gems and jewellery exports.

So far, the supply of rough diamonds from Russia has not been interrupted but the industry is concerned about U.S. sanctions on Russia and the country being banned from the SWIFT financial network, sources said, adding that bulk of the payments had been done and that the gem and jewellery trade in hubs such as Surat is ‘doing well’.

They added that a lot of business had been contracted by the Indian industry before February 24 and as a result, payment-related issues have not come up although banks are being cautious.

Many manufacturers have made payments in euros.

While the trade has continued without any major impact, the government is constantly in touch with importers and exporters and is ready to consider their concerns about adverse outcomes in case the situation develops into a long-term crisis for international trade, they said.

Russia’s Alrosa sent a letter to GJEPC (gem and jewellery export promotion council) on February 28 stating Alrosa was ready to address concerns related to day-to-day operations in wake of the U.S. restrictions imposed on Alrosa.

The Russian company has told the Indian industry that it has been able to operate normally, without delays, because of its diverse banking partners and that its settlement with foreign partners has continued normally.

It is estimated that there would not be any short-term impact on the Indian diamond industry. However, a long-term crisis potentially can have an impact as the industry depends on imports.

According to the Federation of Indian Export Organisations (FIEO), the rupee-rouble trade is one of the alternative mechanisms for payments between India and Russia.

“We have suggested this to the government,” FIEO Director-General Ajay Sahai said. “Decisions will have to be taken by our central bank. The challenge in this would be fixing exchange rates for the currencies. But, our banks have experience for doing payments in local currencies because we have done that with Iran,” he added.

“We can put one public sector bank as a nodal bank which would monitor the debits and credits,” Mr. Saraf said.