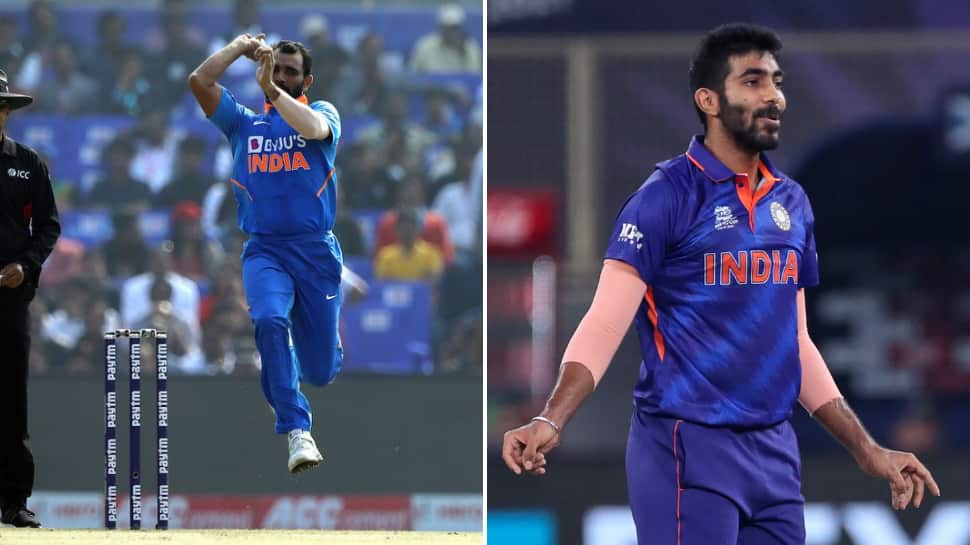 T20 World Cup 2022: Mohammed Shami has been named as fast bowler Jasprit Bumrah’s replacement for the ICC T20 World Cup 2022 taking place in Australia this month. After missing out on the recent T20I series at home due to COVID-19, Shami will be keen to make an impact in India’s World Cup campaign this year. Bumrah has been struggling with his recurring back injury and is likely to get fit for cricket next year. Mohammed Shami was impressive in the Gujarat Titans’ maiden Indian Premier League (IPL) season in which they lifted the trophy in Hardik Panda’s captaincy.

“The All-India Senior Selection Committee has named Mohammed Shami as Jasprit Bumrah’s replacement in India’s ICC Men’s T20 World Cup squad. Shami has reached Australia and will link up with the squad in Brisbane ahead of the warm-up matches. Mohammed Siraj and Shardul Thakur have been named as backups and will travel to Australia shortly,” BCCI said in a statement released by it’s official Twitter handle.

Mohammed Siraj and Shardul Thakur have been announced as backups for the India squad in Australia and will travel to the country soon. After Asia Cup 2022, Bumrah is now set to miss out on another major tournament for Team India. The decision of Jasprit Bumrah missing out on the World Cup was taken following a detailed assessment and in consultation with the specialists. Bumrah was initially ruled out from the 3-match T20I series against South Africa.

India will begin their T20 World Cup 2022 against arch-rivals Pakistan on October 23. The Men in Green have confirmed that their pace sensation Shaheen Shah Afridi is fit for the major clash and he will be available for selection following their warm-up matches against Afghanistan and England.

Shami had last played in T20 Internationals during the last edition of the ICC T20 World Cup in the UAE. He was supposed to play in the six T20Is at home against Australia and South Africa but tested positive for COVID-19 and had to remain in isolation. On return, he had to prove his fitness before NCA approved his trip to Australia. Shami has played 17 T20Is and has taken 18 wickets. (With PTI inputs)