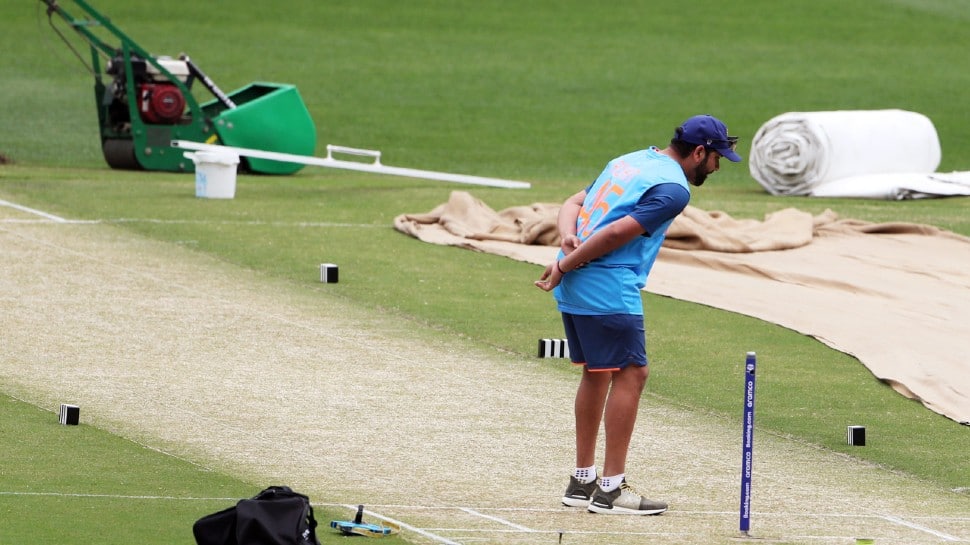 Team India will open their ICC men’s T20 World Cup 2022 Super 12 campaign against arch-rivals Pakistan at the Melbourne Cricket Ground (MCG) on Sunday (October 23). However, the question on every cricket fan’s mind is whether we will be able to witness a full game with rain hovering over the city of Melbourne.

There is no provision of Reserve Days in group stage matches at the ICC men’s T20 World Cup 2022, so if the game is washed out on Sunday, the two teams will share 1 point each. However, there is good news for the fans as the weather prediction has improved substantially for the India vs Pakistan clash.

After a rainy Friday, the wet weather stayed away on Saturday as both teams completed their full training session at the MCG on the eve of the game. The MET department predicts that that it will be breezy this evening, otherwise, overcast with late-night rain. Additional rain can lead to flooding on Monday.

However, there is only 8 per cent chance of thunderstorms on Sunday evening when the game takes place in Melbourne although there will be 92 per cent cloud cover. “I’ve been hearing about Melbourne weather for a while now, and it keeps changing. In the morning when I woke up, a lot of the buildings when I opened my hotel were in clouds, and now we certainly see the sunshine,” India captain Rohit Sharma said about the Melbourne weather.

This team has a huge global following and it always has time for its fans and supporters, this time in Melbourne! #WeHaveWeWill | #T20WorldCup pic.twitter.com/S8RW7n5UUg
— Pakistan Cricket (@TheRealPCB) October 22, 2022

“You don’t really know what is going to happen tomorrow. The things that are in our control, we’ll try and control that, which is we’ll have a good training session today, go back, relax ourselves and get ready for tomorrow. As simple as that. We need to come here thinking that it’s a 40-over game. We will be ready for that.

“If the situation demands that it’s a shorter game, we will be ready for that, as well. A lot of the guys have played such kinds of games before, and they know how to manage themselves in a situation like that where you are getting ready for a 40-over game and then suddenly it’s a 20-over game for both sides, 10 overs each or 5 overs each. Luckily, we played one game in India against Australia which was an 8-over game.

“I think in terms of where the guys stand, I don’t think it’s going to make much of a different, but we just certainly need to come here very well prepared and thinking that it’s going to be a 40-over game,” Indian skipper added.

The MCG pitch should be fresh as this will be the first T20 World Cup 2022 on the track. However, since it is the end of the winter season, one can expect the pitch to be on the slower side and spinners of both sides should play a big part.