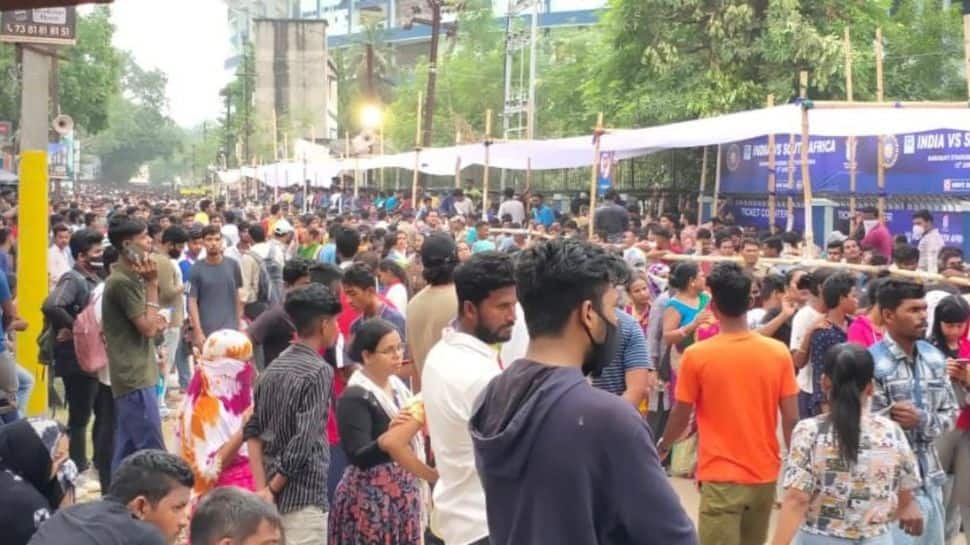 The ticket sales for the 2nd T20I between India and South Africa which is scheduled to take place in Barabati Stadium, Cuttack began on Thursday. As soon as the sale began, cricket fans went crazy to get their hands on the ticket. They were ready to do anything possible to get a ticket for the second T20I. The situation went out of hand in no time and to avoid a stampede Police had to resort to a mild lathi charge.

Counters were set up outside the Barabati Stadium, Cuttack by Odisha Cricket Association (OCA) for the sale of 12000 tickets. There were two separate queues for women while the other seven were for men. A heated argument took place in the women’s section and things escalated quickly.

Sabita Behera, who was standing in the queue to buy tickets said,”  I have been standing since 6 am with my Aadhar card. However, some came after 9 am and jumped ahead in the queue.

Assistant Commissioner of Police Ajay Das said,” Huge crowd had gathered near the ticket counter and a few were seen breaking the queues, following which police tried to bring order with a mild lathi-charge. The process was streamlined within minutes.”

According to the rules, a person is allowed to buy only two tickets after producing his/her identity proof. A total of 5,000 tickets for IND vs SA 2nd T20I were sold online while 8,000 tickets were sold to clubs, schools and other organisations.

Meanwhile, Barabati Stadium is all set to host an international match after almost four years. The last time an international match was played in this stadium was way back in 2019. India faced West Indies in the third ODI match of the series. India won the match by four wickets with Virat Kohli scoring 85 runs.