India vs SL 2022: HUGE blow for Team India as THIS batter ruled out after Deepak Chahar 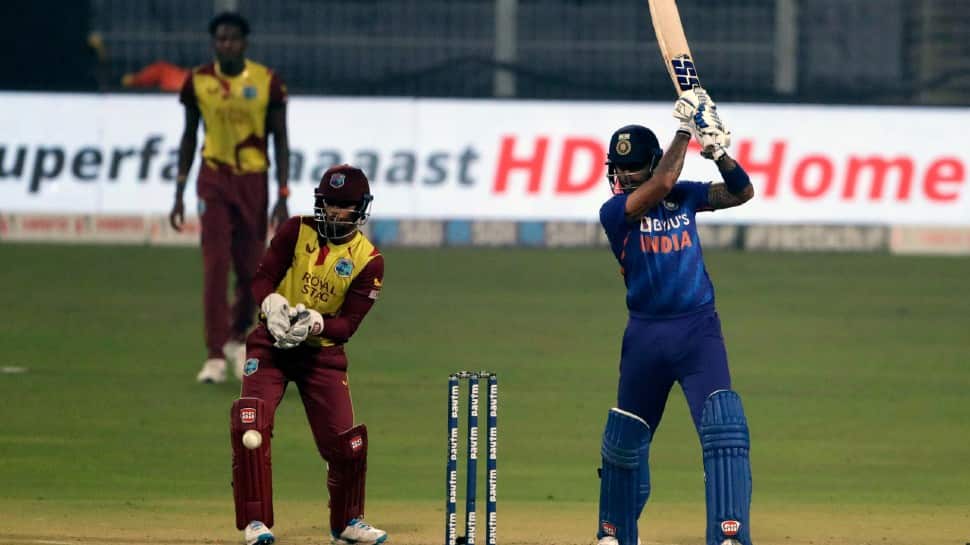 Rohit Sharma’s Team India have suffered a double blow even before the three-match T20 series against Sri Lanka can get underway on Thursday (February 24). After all-rounder Deepak Chahar’s injury, India will miss the services of top batter Suryakumar Yadav from the T20 series as well.

Yadav, was the second-highest run-getter in the recent T20 series against West Indies scoring 107 runs including top-score of 65 in the third and final game in Kolkata on Sunday, was spotted at India’s practice session in Lucknow on Tuesday (February 22). However, Cricbuzz website reported that the 31-year-old batsman has suffered a hairline fracture on his hand and been declared unfit for the white-ball series.

It was not clear as to where and when Mumbai Indians batter Suryakumar got injured but it’s understood that he sustained it while fielding in the third T20I against West Indies at the Eden Gardens in Kolkata.

Suryakumar, who was adjudged Player of the Series in the T20Is against West Indies, is the second Indian player to be out of the Sri Lanka T20Is. Deepak Chahar has also been ruled out of the upcoming games in Lucknow and Dharamsala after picking up a hamstring injury in Kolkata. “He is ruled out of the series and will complete his rehab at NCA,” said a BCCI official.

Prep mode #TeamIndia hit the ground running as they gear up for the @Paytm #INDvSL T20I series. pic.twitter.com/pcRxQYiJMw

It remains to be seen if Chahar will be fit for the IPL 2022 which is expected to begin in the last week of March. “The team has sought no replacement as vice-captain Jasprit Bumrah is already in the side,” the official added.

Earlier, BCCI announced on Saturday that Virat Kohli and Rishabh Pant will be rested for the T20 series against Sri Lanka. Making a comeback in the Indian T20 side is Kerala’s run machine Sanju Samson, who also captains Rajasthan Royals in IPL.

The three-match T20 International series against Sri Lanka begins in Lucknow on Thursday.

Wimbledon 2022: Djokovic reveals SECRET to his comeback win over Sinner in QF