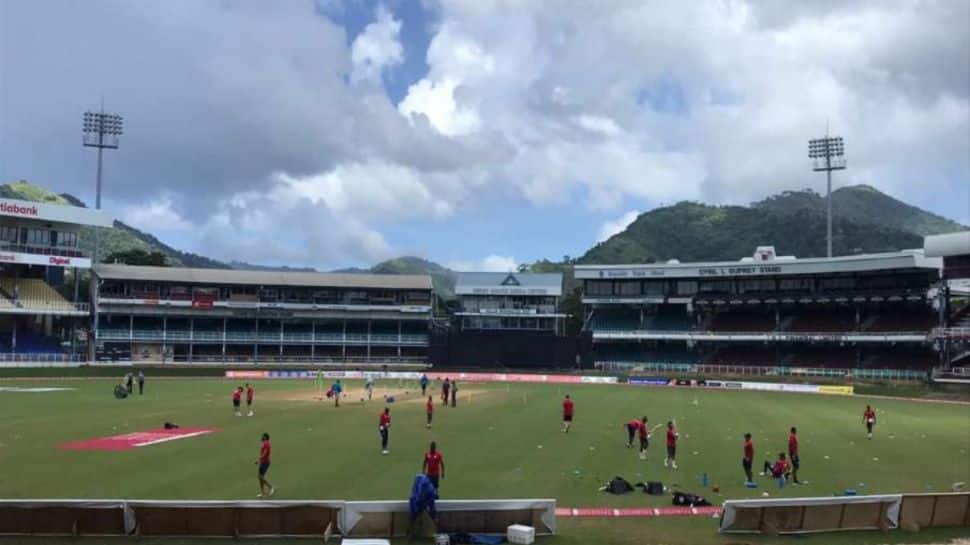 After a historic ODI series win against West Indies on their own back, Rohit Sharma-led Team India is all set to take on two-time T20 World Cup champions West Indies in the five-match T20I series starting on July 29, Friday at the Brian Lara Stadium, Tarouba, Trinidad. The last ODI of the three-match series was played in Trinidad where the rain played a spoilsport. India opening batsman Shubhman Gill was denied his maiden ODI century by the rain however leg-spinner Yuzvendra Chahal made sure that Men in Blue won the final game and claimed the series 3-0.

Just like the 3rd ODI, there are chances that rain may interpret this game as well. There are chances of thunderstorms as the precipitation stands at a high of 24-52 per cent. It will be cloudy in Trinidad on Friday. At least one hour of rain is expected. Humidity will be around 67-85% according to weather.com. The temperature will be around 24-31 degrees Celcius.

It is a batting beauty as far as domestic matches are concerned. In the Caribbean Premier League, the pitch has seen many high-scoring matches. The highest score here is 183 by Trinbago Knight Riders. However, the cloud could support pacers early in the innings. Team chasing will have an advantage as there is a chance of rain.