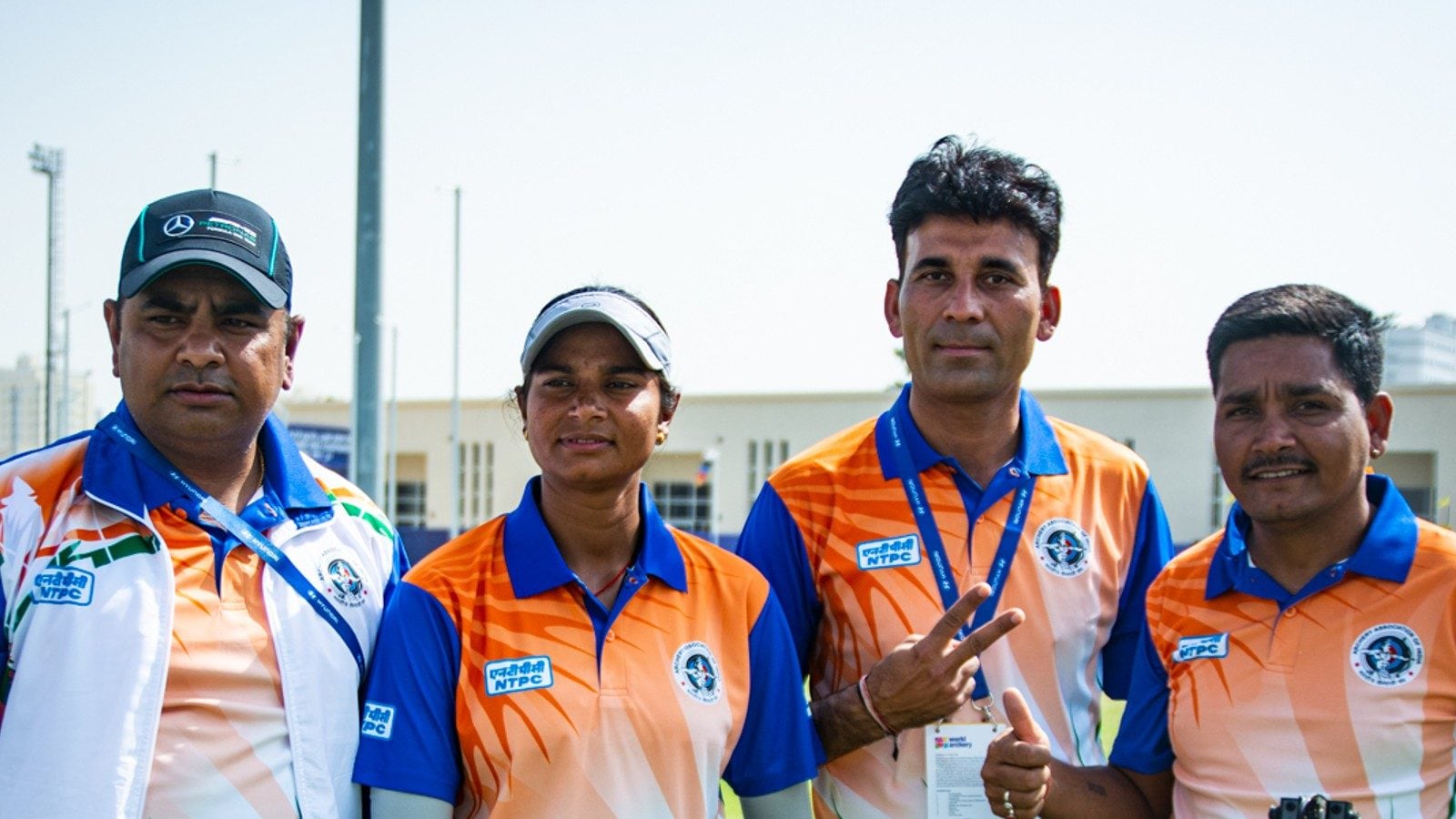 India scripted history in the World Archery Para Championships on Wednesday as the duo of Shyam Sundar Swami and Jyoti Baliyan assured the country of at least a silver medal by reaching the final of the compound mixed team open event.

The Indian pair will face the Russian team in the summit clash on Friday.

Indian para archers have won medals in almost every single event since 2017, except in the World Championships.

The duo of Shyam Sundar and Jyoti Baliyan, who have previously won silver medals at the 2021 Fazza World Ranking event in the UAE and the 2019 Bangkok Asian Championships, downed the French pair of Julie Chupin and Thierry Joussaume 151-145 in the semifinal to assure at least a silver.

In the quarterfinals, they had pipped Maria Andrea Virgilio and Matteo Bonacina of Italy 147-146 in an intense match. They had started off defeating Iraq 151-138 in a lopsided contest.

The Indian duo will take on the Russian Archery Federation on Friday in pursuit of a historic gold medal.

“I am excited to be back on the shooting line and hope to go home with my first world championship medal,” said Jyoti.

It was at the same venue of Dubai Club for People of Determination where she had won silver with Shyam in the Fazza Para Archery World Ranking Tournament last year.

“I always have had good results in Dubai,” added the archer, who was also competing in the individual and women’s team events.

“It’s a great feeling to enter finals at the start of championships and Dubai has been a happy hunting ground for the entire team. I hope to make it memorable,” she added.

Confident of becoming the first world champions from the country, Shyam said, “I had that feeling that we could go for the gold. There is a lot of wind but we have trained shooting in all conditions.

“I’m thinking about taking the gold medal in the final. Dubai is lucky for the Indian team.”

India is being represented by nine archers in this World Archery Para Championships including the Tokyo Paralympics bronze medallist Harvinder Singh who will begin his campaign on Thursday.

Harvinder had bagged gold in the 2018 Asian Para Games and bronze in the Tokyo Paralympics.