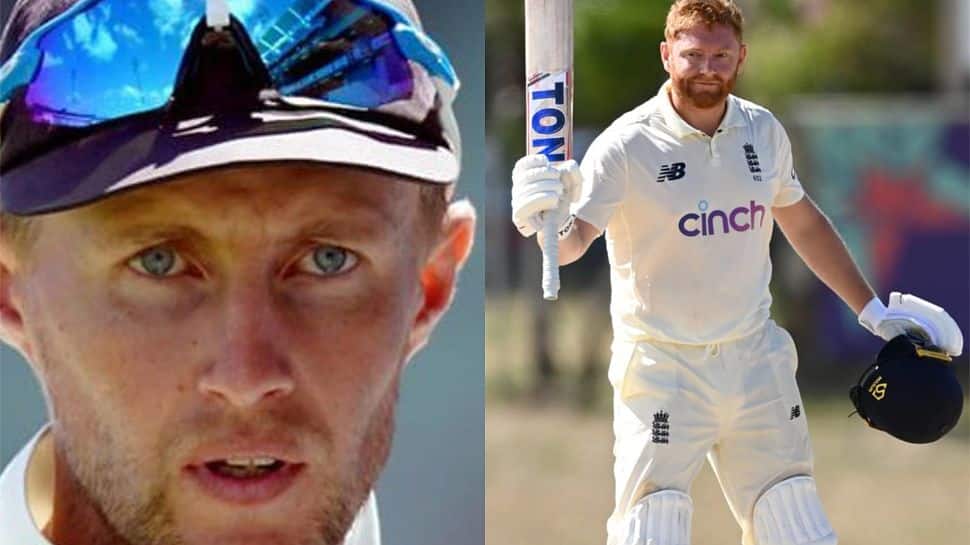 A fighting unbeaten century from England middle-order batter Jonny Bairstow — his eighth Test ton — saw England recover from a disastrous start on the opening day of the first Test against the West Indies to post 268/6 at the Sir Vivian Richards Stadium here on Wednesday (IST).

Bairstow built big partnerships with first all-rounder Ben Stokes and then Ben Foakes as England bounced back with the bat on the opening day. West Indies seamers Kemar Roach, Jayden Seales and Jason Holder all picked up two wickets on the day, with Holder producing amazing control to concede just 15 runs from his 16 overs.

England will resume with Bairstow on 109 not out and Chris Woakes on unbeaten 24.

After Bairstow’s gritty knock, Indian cricket fans on Twitter had a field day trolling the England men’s cricket team and the English experts.

Remember, after England were outplayed in Ashes, former England player David Gower was of the opinion that England Test cricketers are more interested than IPL than playing Tests for their country. Several other experts from England agreed with it.

However, Bairstow is the only Englishc cricketer currently with an IPL contract in the England XI as soon as he hit a hundred, Indian fans started roasting the English team and experts, saying when no other Test specalist scored for England, Bairstow, who played in IPL, did.

Look at some of the reactions:

Except Jonny Bairstow everyone is playing IPL. That’s why poor performance _____ pic.twitter.com/BdmjJyhlx8

Everyone skipped IPL for reviving Test cricket and then here is Jonny Bairstow _ #ENGvWI pic.twitter.com/ljJeRGfZeq

Other than Bairstow nobody plays IPL from this scorecard. But but IPL spoils Test Cricket _. #IPL2022 #ENGvWI #CricketTwitter pic.twitter.com/W2e8BCHvk2

Imagine, #IPL2022 reject Joe Root failing in tests and IPL favourite Bairstow having to bail out England __
all technique destroyed by IPL i am sure #ENGvWI #WIvENG

Well yes, helps him score Test hundreds unlike others _ https://t.co/ctjffHrBop

Non IPL players like Root, Crawley, Hasib Hameed and some other often fail.