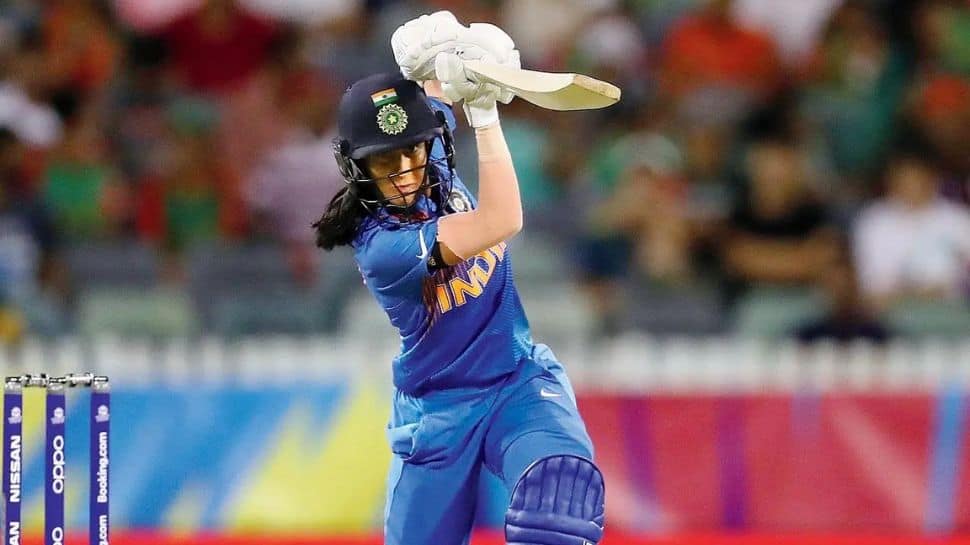 Heroes from Australia’s gold medal-winning Commonwealth Games performance are honoured in the shortlist for the ICC Women’s Player of the Month for August 2022. Tahlia McGrath and Beth Mooney starred with bat and ball on the way to winning the inaugural edition of women’s cricket on the event programme of Birmingham ‘22. India’s Jemimah Rodrigues is the third name shortlisted for the award following notable contributions at the crease in her side’s surge to the landmark final at Edgbaston.

Two gold medallists _ and one silver medallist _ from the Commonwealth Games 2022!

The nominees for the ICC Men’s Player of the Month award pay tribute to some of the memorable performances registered across all three formats in August. Sikandar Raza becomes the first Zimbabwe player to be nominated since Sean Williams back in March 2021, thanks to a series of outstanding contributions with the bat against Bangladesh and India. New Zealand all-rounder Mitchell Santner demonstrated his multi-format capabilities with bat and ball in August during his side’s series against Netherlands and West Indies, while Ben Stokes completes the lineup following his heroics at Old Trafford in the ICC World Test Championship (WTC) second Test which saw the England skipper restore parity for his side against South Africa.

An independent ICC Voting Academy* and fans around the world can now vote to decide the winners, which will be announced next week. Fans registered on icc-cricket.com/awards are invited to cast their votes until Saturday.

ICC Women’s Player of the Month Nominees for August

McGrath was a key member of Australia’s gold medal winning team, taking five wickets at an average of 13.40 and scoring 114 runs throughout August. Despite a quiet showing in the final itself, her star performance came in the victory over Pakistan, where she scored 78 not out, took three wickets and registered a run out. This run of performances also helped her reach her career-high ranking of 12th among all-rounders in the MRF Tyres ICC Women’s T20I Player Rankings.

Mooney is a player for the big occasion, and her nomination for the ICC Women’s Player of the Month Award is no surprise following an outstanding array of performances to secure her side’s gold medal. She registered a remarkable 167 runs in her three T20Is during August, and followed up her half-century in the ICC Women’s Cricket World Cup Final victory back in April with a match-winning score of 62 against India in the final of the Commonwealth Games.

August was a prolific month for India’s young batter, and despite falling agonizingly short at the final hurdle, Rodrigues played a crucial role in helping her side celebrate silver medal success at Birmingham ’22. Her score of 33 in the final got her side within touching distance of the top prize, but it was perhaps her vital contribution of 44 not out against England in the semi-final which was most important during the tournament, ensuring India took to the field in the first-ever appearance of women’s cricket at the Commonwealth Games.

ICC Men’s Player of the Month Nominees for August

Zimbabwe’s star all-rounder has enjoyed a sensational 2022 so far and continued his magnificent form in August during his side’s contests against Bangladesh and India. Raza was instrumental in claiming the ODI series victory for his side against Bangladesh thanks to unbeaten scores of 135 and 117 which came during two superb run-chases. He followed this up with a fine 115 against India in the final ODI in Harare albeit in a losing cause. In addition to his batting feats, he took seven key wickets during August, cementing his growing all-round credentials and seeing him rise to a career-high position of fourth in the MRF Tyres ICC Men’s ODI Player Rankings.

So often known for his bowling prowess in the shorter formats, Santner finds himself on the shortlist for the ICC Men’s Player of the Month for the first time after solid performances during his side’s recent series in Netherlands and West Indies. A fine 77 not out in the Netherlands saw his side claim victory in the second T20I before he was unleashed on the West Indies batters in the ODI and T20I series that followed. Bowling superbly throughout, Santner finished the month having taken seven wickets at an average of 17 in T20Is, with a further four wickets across ODIs at an average of 21.

Following a humbling defeat in the first Test, England’s talismanic skipper produced another memorable performance to help his side level the series in the WTC battle against visiting South Africa. Amassing 143 runs throughout the month and claiming seven wickets including the prized scalps of Rassie van der Dussen, Keegan Petersen and Aiden Markram, his most notable contribution came with his commanding century at Old Trafford, securing a comfortable victory and ensuring the series is in the balance ahead of the final showdown at the Oval this week.

The ICC Player of the Month Voting Process

The three nominees for either category are shortlisted based on performances from the first to the last day of each calendar month. The shortlist is then voted on by the independent ICC Voting Academy* and fans around the world. The ICC Voting Academy comprises prominent members of the cricket fraternity including well-known journalists, former players, broadcasters and members of the ICC Hall of Fame. The Voting Academy submit their votes by email and hold a 90 per cent share of the vote. Fans registered with the ICC can vote via the ICC website, accounting for the remaining 10 per cent. Winners are announced every second Monday of the month on ICC’s digital channels.

Voting Academy for ICC Player of the Month August 2022*