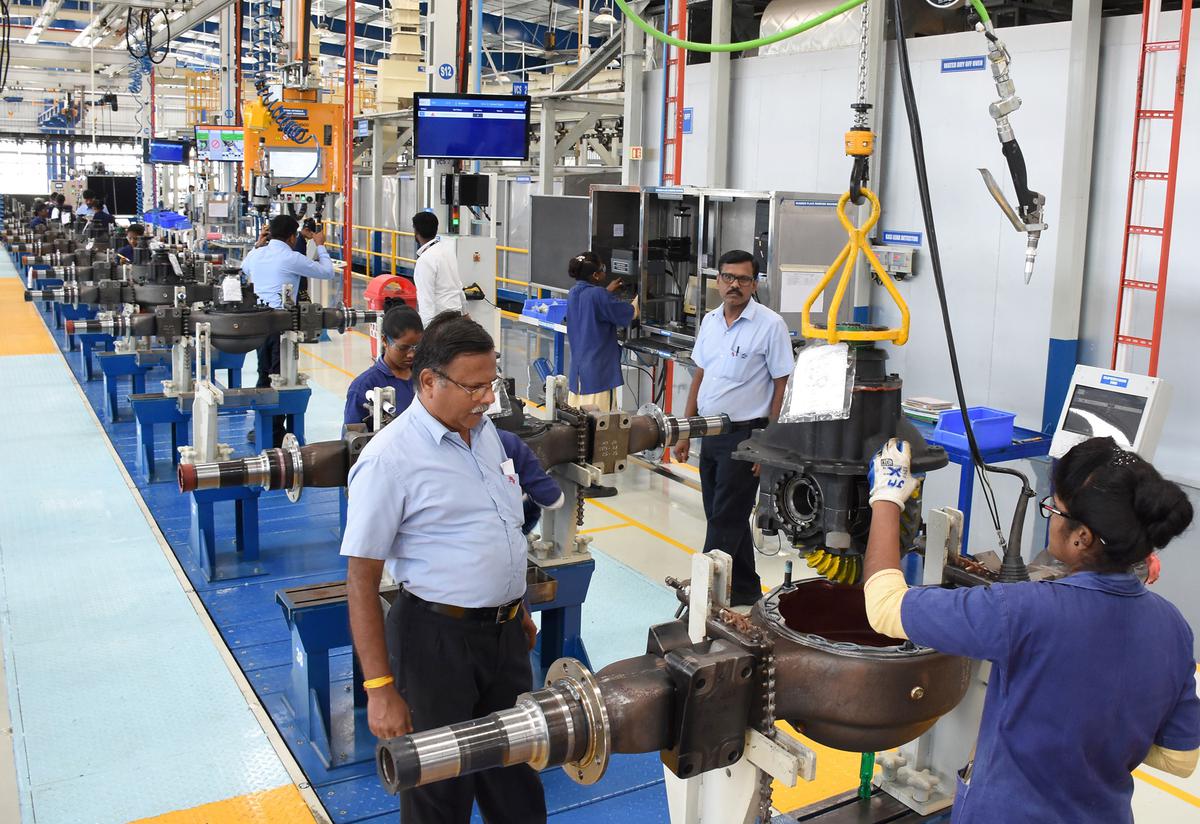 Manufacturing, Mining sectors contract, power generation was the only sector to show growth

Manufacturing, Mining sectors contract, power generation was the only sector to show growth

India’s industrial output contracted 0.8% in August from the minor 2.2% growth recorded in the previous month, with both manufacturing and mining sectors reporting lower output than a year earlier, while overall factory production shrank 2.3% from July 2022.

While the Index of Industrial Production (IIP) had risen 13% in August 2021, base effects only played a marginal role in the contraction with the index reading 131.3, the lowest level since November 2021, when it was at 128.

Electricity generation was the only sector to clock an uptick with a 1.4% rise this August from a year earlier, and a 1.3% growth over July. However, August’s electricity output index is the second lowest since at least April 2022.

While there was ‘all round disappointment’ in the IIP print, Bank of Baroda chief economist Madan Sabnavis said that the ‘main drag has come from the consumer end with both durables and non-durables production declining by 2.5% and 9.9%, respectively’.

“Inflation has come in the way of demand for sure and the critical part will be how demand turns out in the festival time… unless IIP growth touches 5% in September and October, there will be an adverse impact on growth prospects,” he reckoned.

While industrial output was 4% over pre-COVID levels in August, it was lower than most expectations.

“It will be critical for the consumption in the economy to pick up for the overall growth to be sustained. Global growth slowdown, slowing exports and elevated inflation are the other dampeners for pickup in industrial activity,” said CARE Ratings chief economist Rajani Sinha.