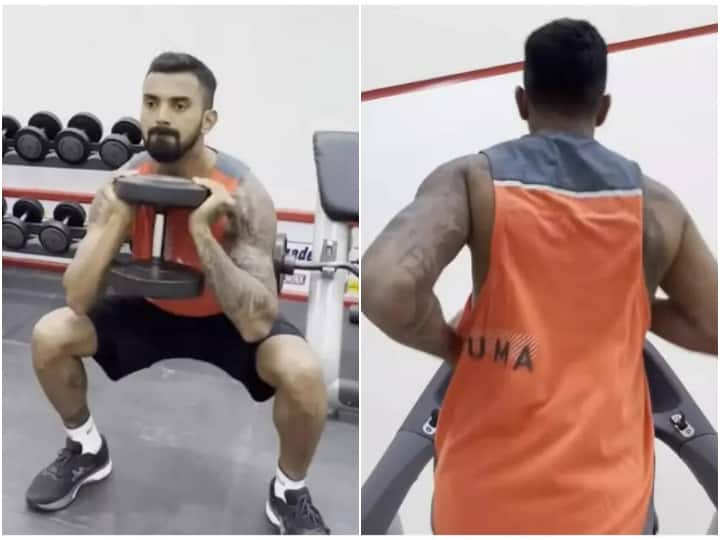 New Delhi: Indian cricket team’s star batter KL Rahul suffered a major setback after getting ruled out of ongoing India-South Africa T20 International series due to a groin injury. The injury was very upsetting for Rahul as he recently got the opportunity to captain Team India for the first time on Indian soil. It seems that the wicket-keeper batter is determined to make a strong comeback, especially because the Indian contingent has to go on a tour of England later this month where they’ll play three ODIs and as many T20 series in addition to one Test. Before India’s tour of England, Rahul is focused to attain full fitness.

He shared a video on his Instagram account. Looking at the star batter, it can be gauged how anxious he is to return to the cricketing field. Along with the video, he has also given the caption “setback and comeback” to his post.

How serious is KL Rahul’s injury?

A BCCI official told InsideSport, “KL Rahul will be available for the only Test in England. However, it is too early to say anything for sure. According to the information we have so far, his injury is not very serious. He has been removed from the series against South Africa as a precaution.”

KL Rahul had done remarkably well with the bat on last year’s tour of England. He got India off to a great start while opening the innings for team India on several occasions. He scored 84 runs in the first Test against England in Nottingham. The match resulted in a draw.  After this India won the second Test at Lord’s. In this, the opening pair of KL Rahul (129 runs) and Rohit Sharma added 126 runs for the first wicket. Rahul has so far scored 526 runs in 12 innings in England.