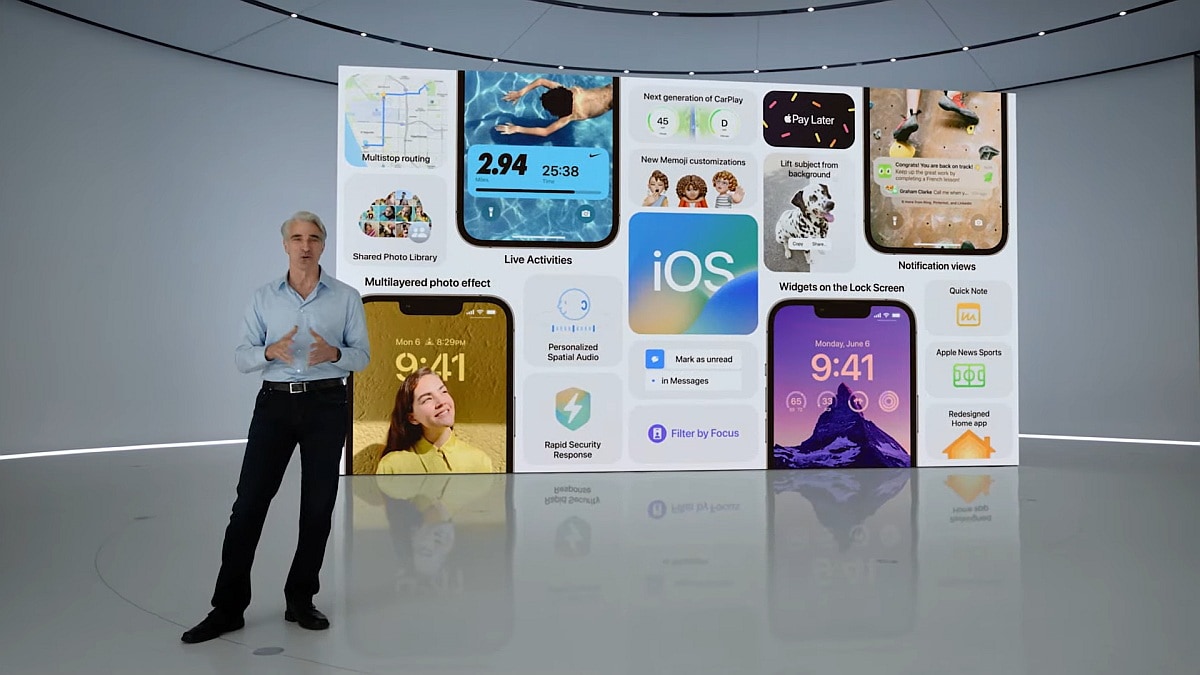 iOS 16 was announced earlier this week, and it certainly has much more to offer than what was previewed at the WWDC 2022. Two reports have suggested that Apple’s upcoming OS for iPhone will have multiple new APIs, including one that enables walkie-talkie capabilities for third-party apps. The feature, its workings, and how developers can implement it on their apps, was reportedly demonstrated in a session at WWDC 2022. iOS 16 will also have another feature that will allow users to transfer eSIM connections between iPhones via Bluetooth.

The development about the walkie-talkie capabilities come from a report by 9to5mac, which says that the API is called “Push to Talk”. In layman’s words, the API allows developers to add a walkie-talkie to their iOS apps. With this, audio messages can be sent and played in real time with a tap of a button, even when an app with this capability is running in the background.

As per the report, users will be able to see “communication at the top of the screen”, and the app icon as well as the name of the person communicating will be shown on top. It will also allow options to reply in real time with audio or leave the conversation. Push to Talk reportedly works for individual as well as group conversations. It is to be noted that Apple already has a walkie-talkie app that comes pre-installed in watchOS 5.

The second development comes from MacRumours in which it is reported that iOS will allow an eSIM to be transferred between iPhones via Bluetooth. This capability can be accessed in the Settings app on an iPhone running iOS 16. Go to Settings > Set up eSIM and it will show an option to transfer an eSIM and its associated phone number from another iPhone via Bluetooth. For this to work, Apple says, the other iPhone should be nearby, unlocked, have Bluetooth turned on, and should be running iOS 16 or later. Apparently this feature is available in multiple countries, however, it needs the carriers to support the feature.