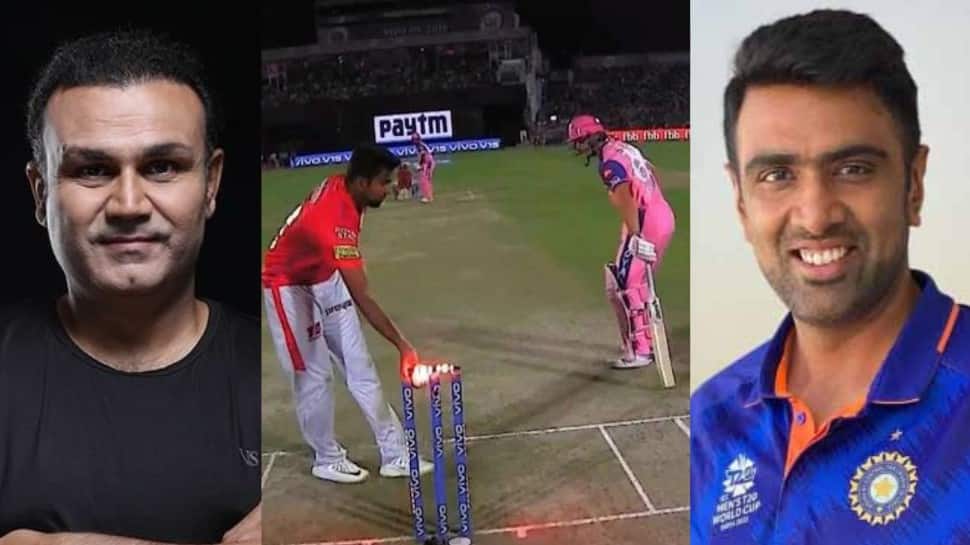 Former India cricketer Virender Sehwag once again displayed his witty side as he congratulated Ravichandran Ashwin after Marylebone Cricket Club (MCC) changed its rules and decided to move ‘Mankading’ from its “unfair play” section.

Notably, on Tuesday (March 8), MCC destigmatized the run-outs at the non-striker’s end before the ball is delivered, also known as ‘Mankading’, by moving the controversial mode of dismissal from Law 41 to Law 38.

“Law 41.16 – running out the non-striker – has been moved from Law 41 (Unfair play) to Law 38 (Run out). The wording of the Law remains the same,” the MCC said in a media statement late on Tuesday.

Meanwhile, Sehwag took to social media to pull the leg of Indian off-spinner R Ashwin after the rule change as during IPL 2019, Ashwin, who while playing for Punjab Kings then, stirred a debate by ‘Mankading’ Rajasthan Royals’ Jos Buttler. While many backed the India spinner’s tactics, several raised their voice against his actions.

Now, with the new rules in place, Sehwag, who was the Director of Cricket Operations for Punjab when the incident took place, hilariously suggested Ashwin to plot a ‘Mankading’ dismissal with his teammate Jos Buttler as both the player will be playing for Rajasthan Royals in the upcoming IPL 2022.

For the unversed, Ashwin was bought by RR for Rs 5 crore during IPL 2022 auction, which means that the spinner will share the dressing room with England batter Buttler, who was retained by the franchise.

Meanwhile, MCC Laws Manager, Fraser Stewart, reflected on recognizing ‘Mankading’ as fair dismissal and said, “The bowler is always painted as the villain but it is a legitimate way to dismiss someone and it is the non-striker who is stealing the ground.”

“It is legitimate, it is a run-out and therefore it should live in the run-out section of the laws,” he added.