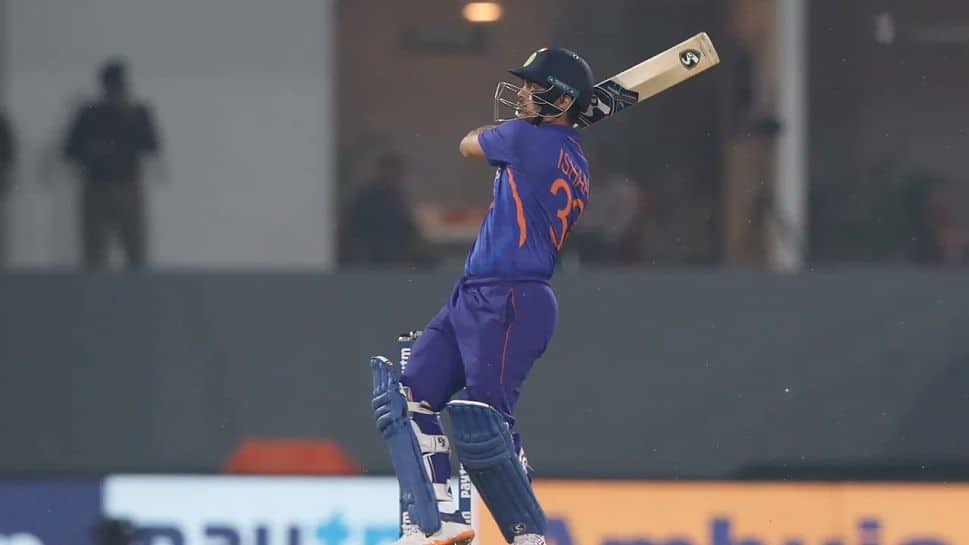 It was the pace of Lahiru Kumara which did him in there. Ishan was bounced out by the fiery pacer, getting caught inside the circle while hooking.

On the previous deliveries, Kumara banged it short and disturbed the focus of the batter. He looked unsettled and wanted to smash balls on almost all deliveries as if trying to get out of jail.

After getting out he was brutally trolled by Indian fans.

Here are some reactions:

No disrespect to Ishan Kishan but if Ruturaj had scored 16 runs of 15 balls, he would have been called as Tukraj. Unfair on Ruturaj.#INDvSL

Look at that honesty level of Ishan Kishan, once he promised and now today he performed as per academy rules…how rare it’s to find loyal gem like him__ #INDvSL https://t.co/LzPaZi5iwl

Ishan Kishan performs in 1 game, goes missing in the next 25.

Ishan Kishan miserable batting, he looked awful when Rohit Sharma got out!
Minnow basher can’t even bash teams like SL when it’s needed the most-

Skipper Dasun Shanaka blazed away to an unbeaten 47 off a mere 19 balls after opener Pathum Nissanka top-scored with a 53-ball 75 as Sri Lanka posted a stiff 183 for five against India in the second T20 International here on Saturday.

Having got himself in after his opening partner Danushka Gunathilaka (38 off 29 balls) laid the foundation, Nissanka cut loose and struck his runs at over 140. He found the fence 11 times until Bhuvneshwar Kumar got him on the final ball of the penultimate over.

However, Sri Lanka wouldn’t have got to what they eventually managed had it not been for Shanaka’s five massive sixes and two fours.

India’s new ball operators, Bhuvneshwar Kumar and Jasprit Bumrah got the white ball to swing in the first few overs, beat the bat and hit the pads with the latter losing one review after a huge shout for an lbw in the second over.

The Sri Lankan openers got their acts together as the innings progressed with Danushka Gunathilaka, especially taking on the Indian bowling attack.

Gunathilaka’s, as well as Sri Lanka’s, first authoritative shot of the match came when he played Bumrah though the covers in the third over.