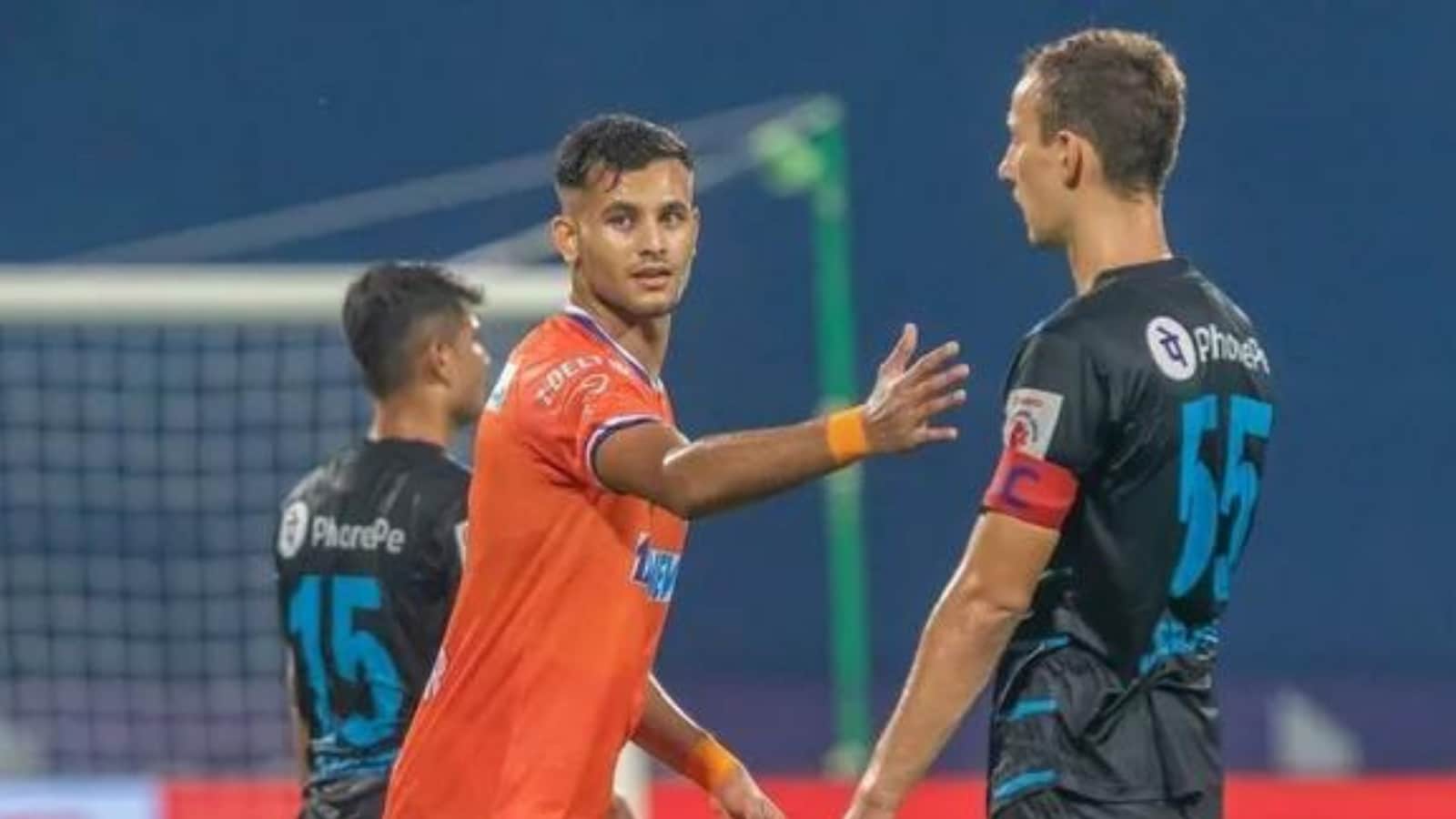 Less than 24 hours after Kerala Blasters FC qualified for the 2021-22 Indian Super League (ISL) Semi-Finals, without kicking a ball, the Yellow Army played out an exciting 4-4 draw with FC Goa, here at the Athletic Stadium in Bambolim.

The Gaurs ended their campaign in 9th place with 19 points. Blasters finish 4th with 34 points and eagerly await to learn their Semi-Final opponents, one between Jamshedpur FC and ATK Mohun Bagan.

Sahal Abdul Samad, fresh off his goal from midweek turned assist-provided – his first of the season. The midfielder intercepted a ball, initially passed to Anwar Ali by the ‘keeper. A timed cross into the box and Diaz slid the ball into the net, breaking the deadlock.

Anwar was at fault again for the second goal, giving away the ball easily to Chencho who ran into the box with just the ‘keeper to beat. Tiwari made himself big but tripped the Bhutanese forward, gifting Blasters a penalty.

Diaz made no mistake from the spot and sent Tiwari the wrong way, bringing up his 8th goal of the season, 2nd of the night, and 4th in the last 3 matches.

The first half turned out to be a one-sided affair with FC Goa having just a quarter of ball possession and getting no shots on target. Derrick Pereira made three changes and the change of ends provided immediate answers.

Edu Bedia’s freekick was deflected by Ivan Gonzalez into space and Cabrera, who had just come off the bench guided the ball home to half the deficit.

Past the hour mark, Givson gave away a penalty by bringing down Makan Winkle Chothe in the box and Cabrera took it with glee to level the scores. Only minutes ago had Diaz missed a golden opportunity to score a hat-trick at the other end.

Dohling scored a goal that gave Goa the lead for the first time in the night off a long ball from Anwar. The defender was unmarked, breezed his way into the box, and took an angled shot that rendered Prabhsukhan Gill helpless.

Devendra Murgaonkar provided the cutting pass for Cabrera to bring up his maiden ISL hat-trick. Late on, Barreto and Vazquez were sent in from the bench to score a goal each to level scores before the final whistle.