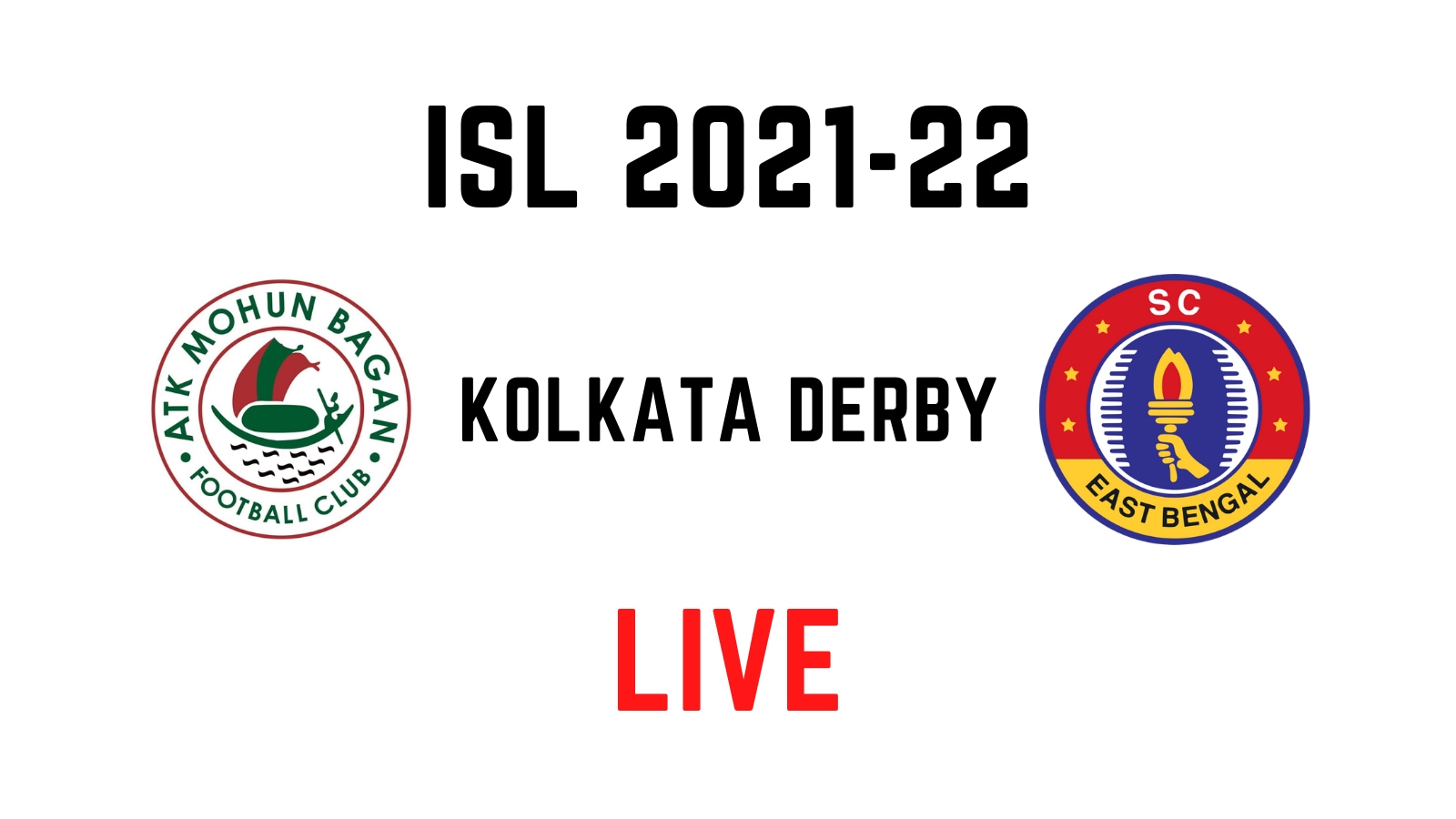 aced out by Hyderabad FC in a 0-4 defeat in their last match.

The much-anticipated Kolkata derby will be having a different attire this time around as both the clubs will have their respective new coaches at the sidelines.

Juan Ferrando’s ATK Mohun Bagan will aim to extend their unbeaten run of six games and reserve their seat in the top four. Mario Rivera’s SC East Bengal, on the other hand, will look to put everything on the line to register their first-ever victory against ATK Mohun Bagan in the ISL.

In the SC East Bengal camp, new signing Fran Sota just completed his quarantine period, and coach Rivera might include him on the bench for the derby.

Having met thrice in the ISL, ATK Mohun Bagan have a 100%-win record against SC East Bengal in the ISL, having won all the three ISL games between the two sides, with the latest one in match 9 of the ongoing season, where ATK Mohun Bagan emerged victorious in a sounding 3-0 win.

The Green and Maroons sit eighth in the league table collecting 16 points in 10 games, picking up four wins, four draws, and two losses. Under Juan Ferrando’s reign, the Kolkata-based side are yet to lose a single game.

The Red and Gold Brigade registered their first win of the season under new head coach Mario Rivera in the game before the last one. They sit at the bottom of the table with nine points in 13 games, registering one win, six draws, and six losses.

The ISL 2021-22 match between ATK Mohun Bagan vs SC East Bengal is scheduled to start at 07:30 pm IST on Saturday, January 29, at the Fatorda stadium in Goa on Saturday.

How can I live stream ATK Mohun Bagan vs SC East Bengal fixture?

The live streaming of today’s ISL match between ATK Mohun Bagan vs SC East Bengal match will be available on Disney+ Hotstar and Jio TV.