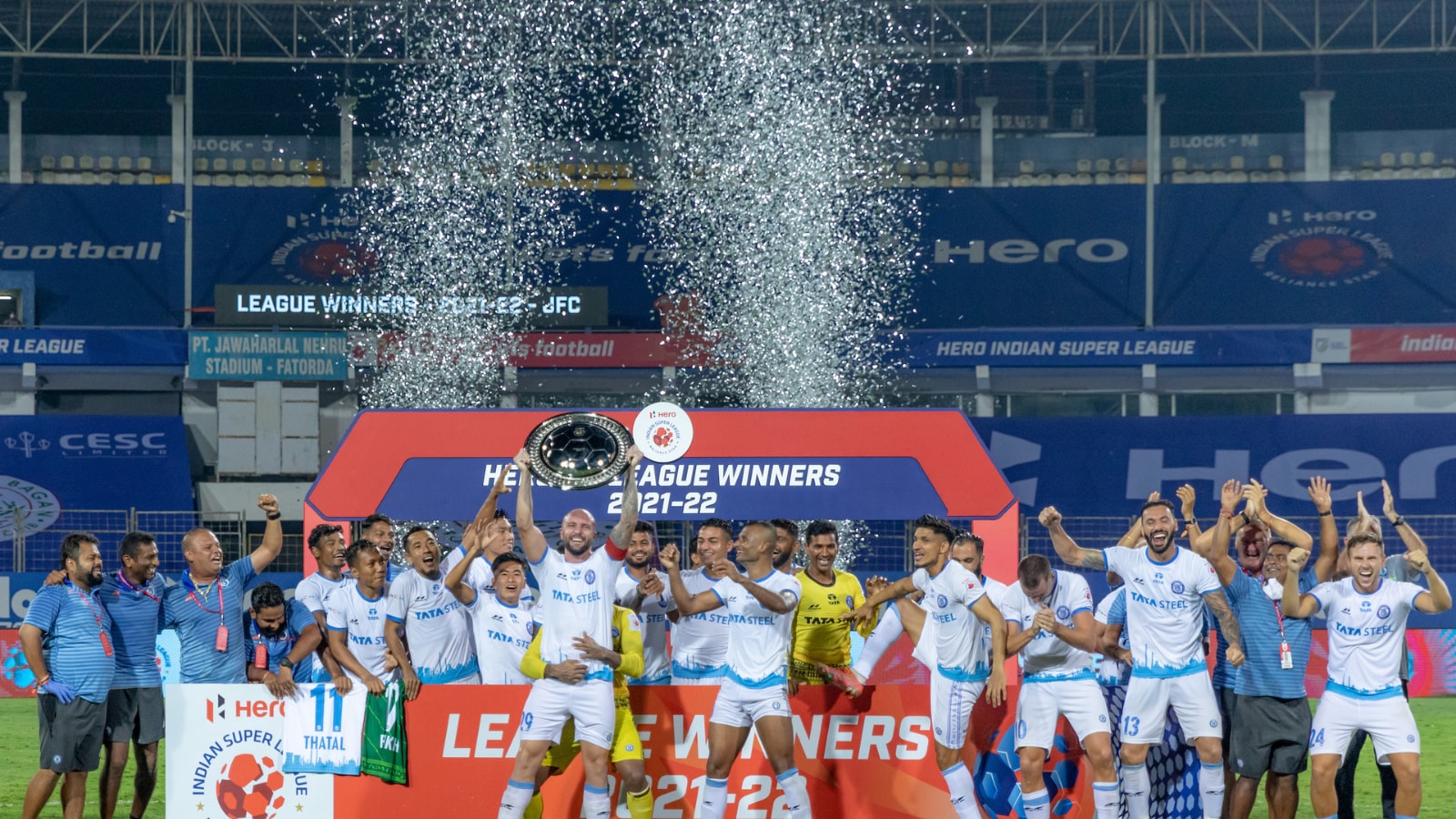 Ritwik Das helped Jamshedpur FC and himself gallop into the history books with a second-half winner to down ATK Mohun Bagan by a 1-0 margin and bag the League Shield for the first time creating history, in the Indian Super League at the PJN Stadium in Fatorda on Monday.

Jamshedpur needed to draw to finish top of the table and clinch the League Shield, and the Red Miners rode Ritwik’s goal in the 56th minute to ensure they finish the season on a high, capping off a stellar campaign under Owen Coyle. They finished with 43 points from 20 games, winning 13 games. ATKMB ended their league engagements having 37 in their kitty from 20 matches.

Jamshedpur will take on Kerala Blasters FC on March 11 in the first semi final while ATKMB will square off with Hyderabad FC the next day in the second last-four clash. Jamshedpur will get richer by Rs 3.5 Crore, the prize money for the League Shield.

ATKMB needed to win by a 2-0 victory to leapfrog Jamshedpur and second-placed Hyderabad FC, but it was not to be as Ritwik continued his purple patch with a sumptuous strike after Greg Stewart did all the spadework.

With stakes so high, it was expected to be a cagey affair and so it was with both teams eager to suss eachother out. The Mariners enjoyed more of the ball in the initial exchanges, coming closest to breaking the deadlock when a wild attempt from Tiri went wide. The busiest person on the field was the referee as he reached to his pocket thrice, flashing yellow cards in the first half and all to Jamshedpur players.

After change of ends, Stewart started bossing proceedings with his mazy runs and incisive passing, the industry bearing fruit four minutes to the hour mark when the Scotsman evaded two ATKMB shirts to cut into his right and beat his marker. Stewart went for goal himself but the ball came off an ATKMB player and fell to Ritwik who shot first time as the ball went past Amrinder Singh and into the back of the net.

ATKMB tried hard to forge a comeback but Jamshedpur held firm and eventually bagged three points, becoming the first side in the Hero ISL history to make seven wins in a row.

It was a new dawn for football in the steel city, boasting of one of India’s biggest academies, Tata Football Academy which has produced a plethora of footballers over the years. Jamshedpur’s renaissance under Coyle began last year when they finished a credible sixth, hinting at a playing style under the reputed English tactician and also a roadmap for the future. This year, Stewart was exceptional for Jamshedpur and so was Daniel Chima Chukwu whose move to the club in January proved to be a masterstroke.

It remains to be seen whether the newly-crowned League Shield winners go on to win the Hero ISL or not but it has already been an exceptional season for them.