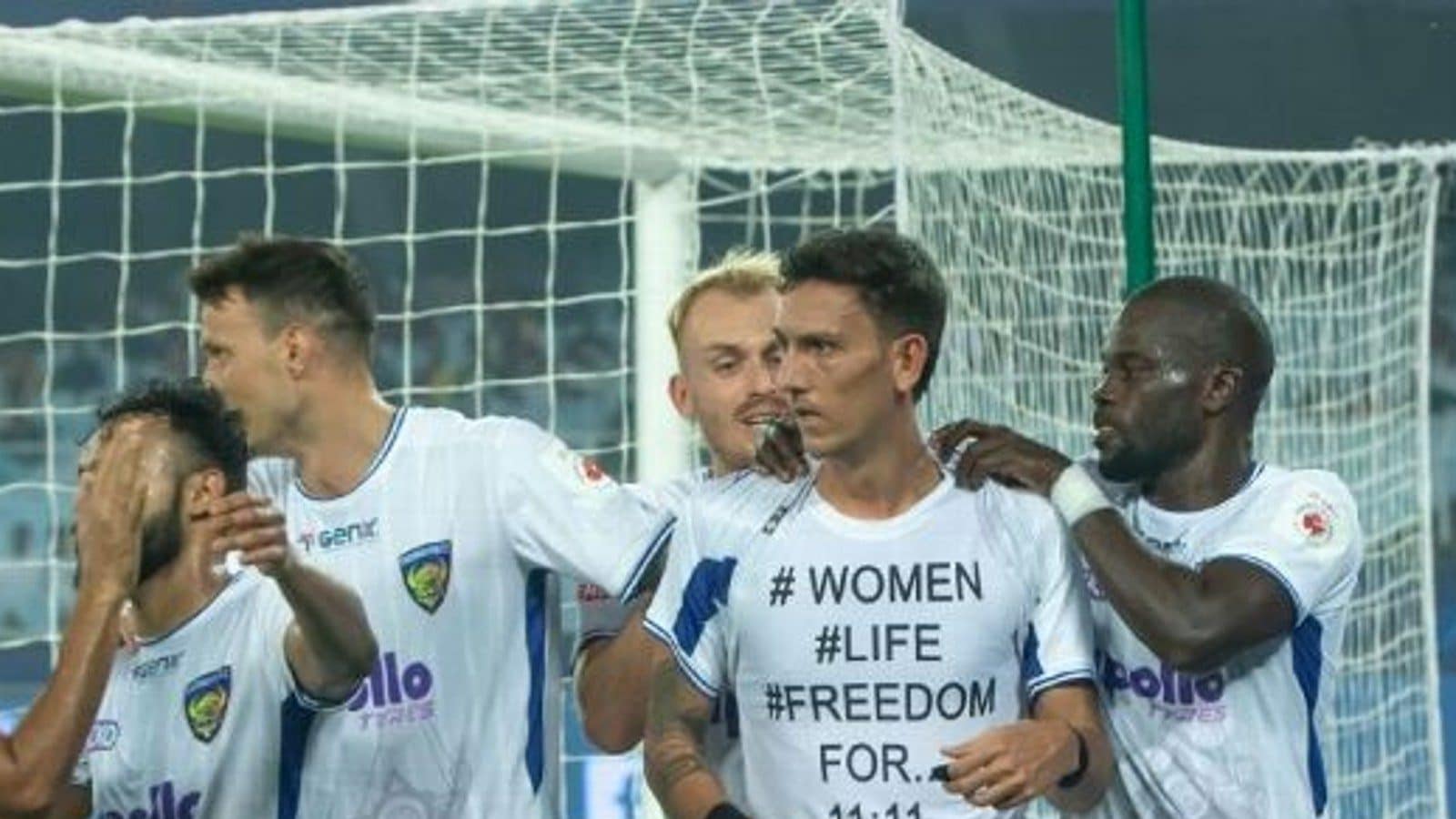 Chennaiyin FC walked away with three points for the second time this season as they beat East Bengal FC 1-0 in the Indian Super League on Friday.

ALSO READ| ‘Decision Yet to be Made on I-League Winner’s Inclusion in ISL’, Says AIFF General Secretary Shaji Prabhakaran

Vafa Hakhamaneshi scored the only goal of the match in the 69th minute, not long before he was sent off. Both sides finished with ten men as East Bengal’s Sarthak Golui was also sent off in the 75th minute.

The hosts were unchanged as head coach Stephen Constantine fielded the same XI that started in the Kolkata Derby last week. Chennaiyin FC made just one change, with Debjit Majumder returning in goal after serving his suspension. The major concern for the visitors was the absence of Kwame Karikari from the squad due to an injury.

Two minutes into the game, Jordan O’Doherty found himself in space inside the Chennaiyin box. His cross was blocked by Fallou Diagne before it could do any damage. At the other end just after the ten-minute mark, Petar Sliskovic was picked out with a through ball by Anirudh Thapa. The angle was tight and Sliskovic’s attempt struck the post.

Approaching the midway point of the first half, Suhair Vadakkepeedika tried to catch the visitors off-guard with a quick counter. The flag stayed down as Suhair galloped towards the goal before placing his effort wide of the far post. In the 34th minute, Thapa sold a dummy inside the East Bengal box before seeing his powerful shot saved by Kamaljit Singh.

In the 36th minute, Hakhamaneshi was almost punished for his complacency at the edge of the Chennaiyin box. The Iranian delayed a pass to the goalkeeper before losing his footing. Cleiton Silva pounced on the ball but saw his shot from a tight angle fly wide of goal.

Five minutes into the second half, a Chennaiyin FC corner was cleared, but only as far as Rahim Ali, lurking at the edge of the box. On the volley, the striker tried to find the bottom-right corner, but his effort was just wide. Three minutes later, Kamaljit produced another brave save to deny Prasanth Karuthadathkuni.

https://www.youtube.com/watch?v=F430SPvLatU” width=”942″ height=”530″ frameborder=”0″ allowfullscreen=”allowfullscreen”></iframe> <p>Just a little over five minutes after the incident, the Torch Bearers were reduced to ten men as well. Sarthak, who was booked in the first half, received his marching orders after connecting his elbow with Anirudh Thapa in midfield.</p> <p>The three points move Chennaiyin FC from sixth to fifth in the Hero ISL table. With seven points, the Marina Machans are three points off the top and will play Mumbai City FC next at home on November 12.</p> <p>East Bengal FC dropped from ninth to tenth in the league. The Torch Bearers are three points off the bottom and will play Bengaluru FC away on November 11.</p> <p>Read all the <a href=Latest Sports News here