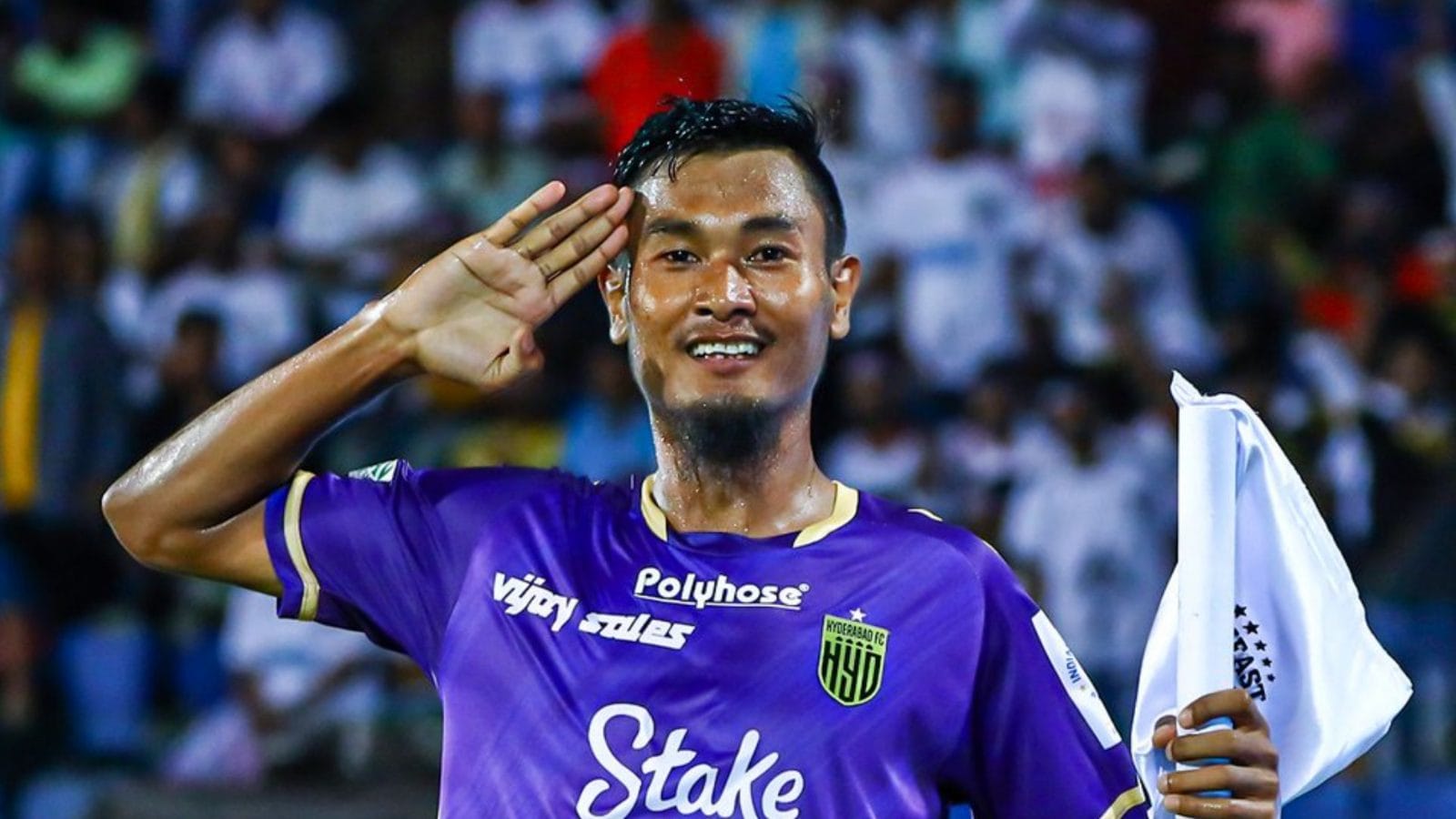 Defending champions Hyderabad FC opened their account in the ongoing ISL with a thumping 3-0 win over NorthEast United FC here on Thursday.

The visitors dominated the game and it was one-way traffic throughout at the Indira Gandhi Athletic Stadium, leaving the hosts demoralised.

Bartholomew Ogbeche opened the scoring in the 13th minute, Player of the Match Halicharan Narzary doubled the lead in the 69th minute, and substitute Borja Herrera ensured the game was done and dusted with his 73rd minute strike.

Trailing by a goal, NEUFC started off well after the break but it was HFC who won a penalty five minutes into the second half. Arindam Bhattacharja, however, made a brilliant save at the NEUFC post to keep his side in the game.

However, HFC soon managed to put one past Bhattacharja courtesy a defensive error.

HFC took the lead when Ogbeche, after a fine cross from Mohammad Yasir, got rid of his marker on the far post before finding the back of the net.

In the 53rd minute, HF were awarded a penalty. Ogbeche shot it to the keeper’s left but Bhattacharja guessed it right.

NEUFC had a golden chance to level the scores in the 61st minute but Matt Derbyshire’s header off a cross went wide.

Coming off the bench, Borja took no time to make his presence felt and made it 3-0 for HFC with an excellent effort.

HFC were the better of the two teams. NEUFC played well but were not consistent enough to test the opposition keeper, suffering their second straight defeat of the season.

This was NEUFC’s first home game of the season but they failed to make use of the familiar setting.