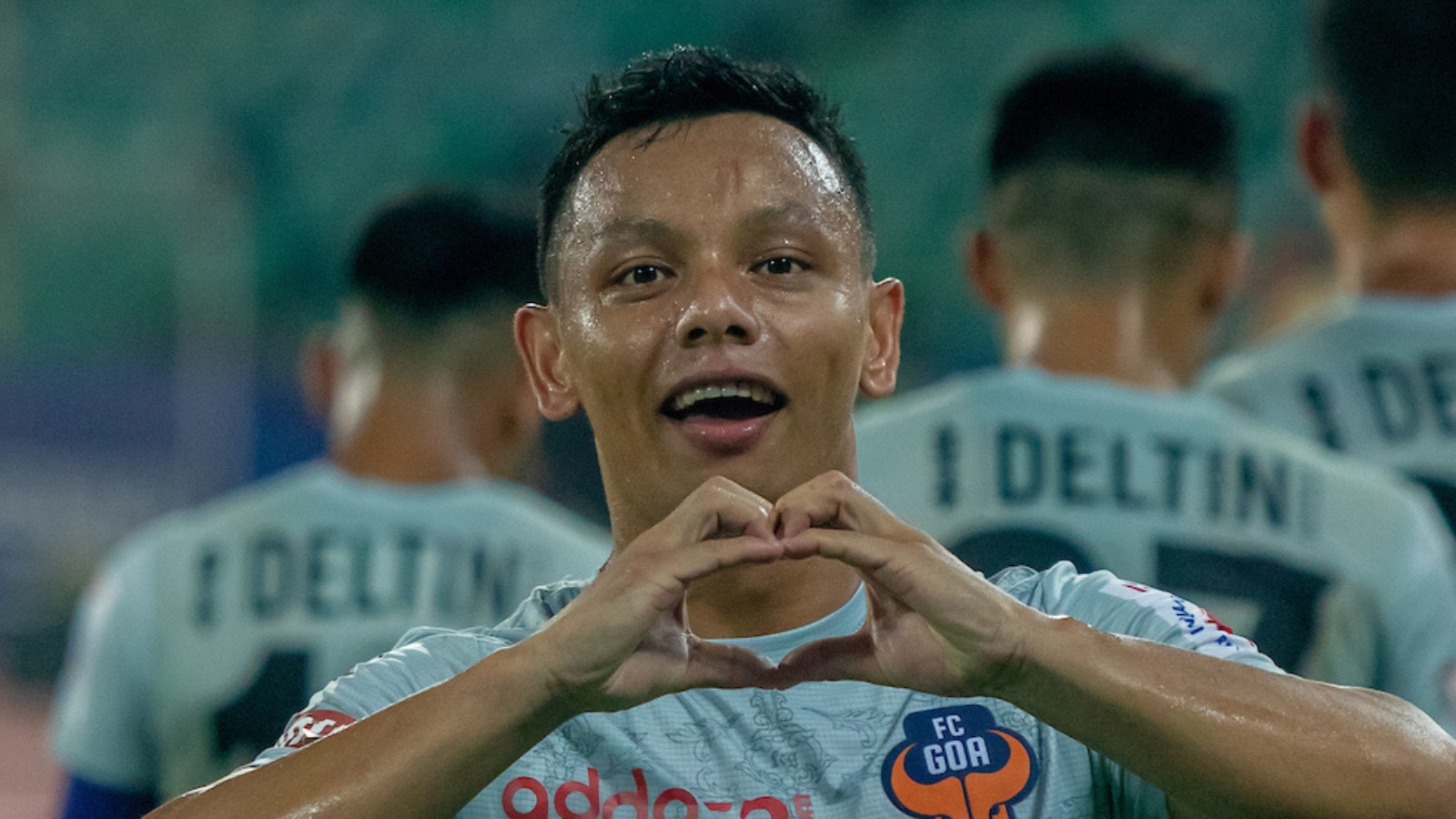 Chennai was light up with Diwali fervor as Chennaiyin FC welcomed FC Goa to their fortress.

In a growingly typical fashion, CFC’s boss Thomas Brdaric named an unchanged starting eleven, save for keeper Devansh Dabas – who was making his Chennaiyin debut after Debjit Majumder’s forced expulsion from the game following his booking in the previous game against Bengaluru FC.

Chennai kicked the game as an early interception went to naught after captain Anirudh Thapa held on to the ball for a bit too long.

Goa gained a freekick on the overturn in a dangerous position but it was powered over the bar.

A glorious link up play by CFC resulted with Ajith Kumar in a dangerous position after gliding past a defender but the Goan custodian Deeraj Singh was at hand to get in between the CFC target.

Petar Sliskovic was played through and was one on one against Singh but another save ensued as the Croat’s shot was hit rather straight at the keeper.

Goa went a goal up in the 10th minutes courtesy of a Redeem Thiang strike after a deligfhtful cross into the box from Sadaoui.

An unterception in the centre of the field gave Chennaiyin anther chance but Thapa overplayed his hand and yet another chance went begging.

CFC created another chance to score as Prasanth set Rahim Ali up for a shot and the No.11 obliged.

But, his shot was tipped onto the bar by Singh and the ball fell to Sliskovic who followed it up with another shot only to be saved again.

Sadoui missed anopportunity to deouble the visitors’ lead as his left footed effoert was pulled wide of the post.

CFC pressed high up to churn out yet another opportunity to level but Singh came up big once again at the 25th minute.

Ten minutes later, Sliskovic couldn’t bring the ball under control as Vafa played a ball across to the CFC striker.

Prasanth was in the thick of things as Chennaiyin went in for attack after attack but to no avail.

A 39th minute ariel effort from FCG’s Spaniard Iker Guarrotxena found its way into the keeper Devansh Dabas’ hands after some neat build up play.

Sliskovic was played in through by Prasanth down the right hand side of the post and the Croat got a shot away only for Singh to stop yet another attempt from going in.

The second half opened with the home team on the attack as Rahin Ali kied his shot from close range after a searching cross into the box.

Deeraj Singh’s evening drew to a close as he was stretchered off after a prolonged wait on the field to be replaced by Arshdeep Singh. Pena made two other changes as he brought on Ayush Chhetri and Brison Fernandes on for Thiang and Glan Martins.

Brdaric brought in reinforcements of his own as Kwame Karikari and Aakash Sangwan came in to replace Jiteshwor Singh and Fallou Diagne.

Things started getting tense as frustrations came to surface after Edu Bedia tried to snathtch the ball off Prasanth during the throw in.

Ninthoinganba Meetei and Vincy Barretto came on for Prasanth and Rahim Ali while Fares Arnout took the field in place of FC Goa’s Marc Valiente.

A 74th minute cross swung into the FCG box by Anirudh Thapa was met by Karikari but a Goan defender made sure to take the sting out of the effort before the ball reached the keeper.

Sliskovic couldn’t connect as weel as he wanted off another cross into the box as Sangwan played a ddangerous ball in as the Goan defence regrouped.

Barretto’s 83rd minute cross into the box sailed over the CFC strikers and found its way into the path of an onrushing Sangwan who failed to test the goal keeper.

Jobby Justin came in to replace Ajith Kumar with just over 3 minutes of regulation to play as the 11,564 people in attendance awaited the fourth officials signal for time added on.

Twelve minutes of time were added on as the home crowd got behind their team as CFC earned a corner.

Sadaoui goal two minutes into added time took the wind out of Chennaiyin’s sails as the Moroccon doubled the visiting team’s lead with a well taken finish and assuring his side of three points on the road.