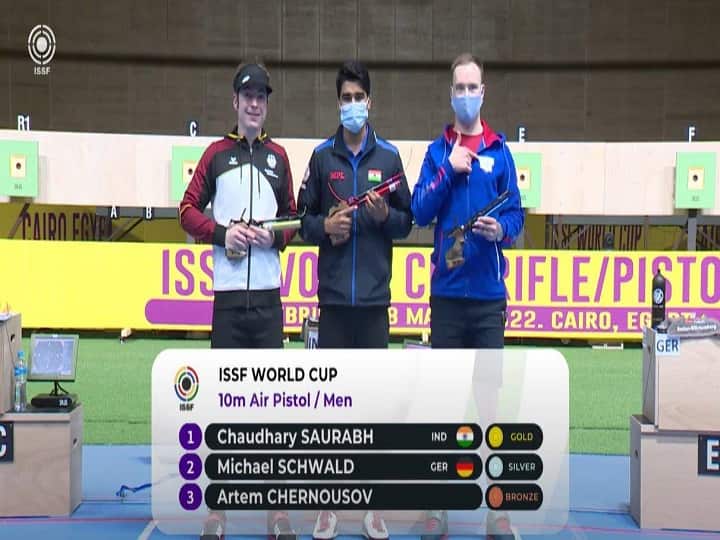 Meanwhile, the bronze in the Men’s 10m Air Pistol event was won by Russia’s Artem Chernousov.

Notably, the Russian flag and country’s name were removed beside Chernousov’s name in the scoreboard owing to Moscow’s involvement in the ongoing conflict in Ukraine.

This comes a day the Russian shooter took to Instagram and posted a story urging the two countries to stop the war.

“Shooting should be only on the range. No blood. Only pleasure,” he wrote in his story.

Russia launched a full-fledged military offensive against Ukraine last week, arguing that it was defending the Donetsk and Lugansk People’s Republics, which broke off from Ukraine following the 2014 coup in Kyiv.

Meanwhile, Ukraine has said the attack was entirely unprovoked and called on the international community for help.

The 19-year-old shooting prodigy Saurabh stood third in the men’s 10m air pistol qualification stage with a total of 584 points, making it through to the first semi-final as one of the top eight shooters.

In the semifinal, Saurabh bagged the first spot with a score of 38, thus making it through to the medal match where he was challenged by last four contestants. He again topped with a score of 42.5

More than 500 shooters from as many as 60 countries are taking part in the Cairo World Cup which has 20 medal sets on offer.