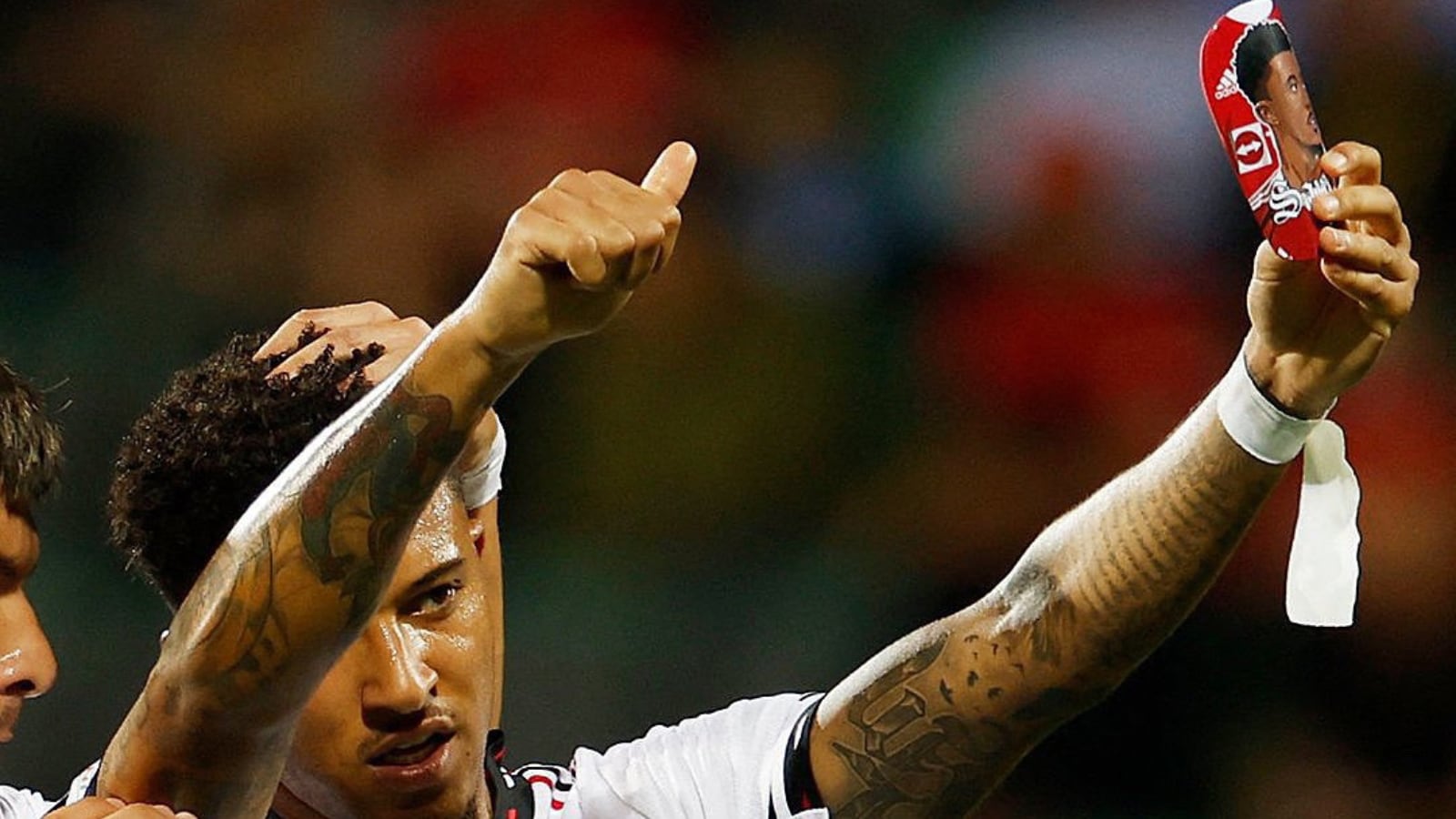 Manchester United forward Jadon Sancho was exceptional in their 2-0 Europa League triumph over Sherrif Tiraspol, as he notched up his third goal of the season on Friday. Sancho’s goal celebration, in which he held one of his shin pads in the air, drew the attention of the fans. After the match, the English international explained his rather unusual celebration.

This is for you Jacob, Young Legend 🙏🏼❤️ pic.twitter.com/asQCZMtLSv

Earlier a video of Sancho receiving the shin pads from a young Manchester United fan had gone viral. In a post-match interview with BT Sport, Sancho revealed that he wanted to show the youngster that he had worn his present in United’s Europa League fixture. “He asked me to wear them (shin pads) and I said yes, no problem. It was a little gesture from me to show I was wearing the shin pads he gave me,” Sancho said after the match.

Sancho’s heartening gesture has left his fans in awe and he backed it up with a scintillating performance in the Europa League. On personal terms, the 22-year-old had a mixed day as he found out that he had been left out of England’s squad for the UEFA Nations League. However, he reminded England’s manager, Gareth Southgate of his abilities, by putting in another brilliant shift for Manchester United.

The gulf of class between Manchester United and their Moldovan opponents Sherrif Tiraspol was quite evident on the night. United’s talismanic striker Cristiano Ronaldo returned to the squad in emphatic fashion, converting a 39th-minute penalty to score his first ever Europa League goal.

Midfielder Christian Eriksen ran the show for United, dominating the possession and creating a plethora of opportunities. The Dane’s innate passing prowess was on display as he assisted Sancho for the opening goal with a beautifully weighted pass breaking the lines, which the forward coolly dumped at the back of the net.

Erik ten Hag’s men desperately needed this win after losing their Europa League opener 1-0 at home to Spanish side Real Sociedad. United are currently second in Group E behind Sociedad. They will now clash against Cypriot side Omonia Nicosia in the Europa League on October 6.