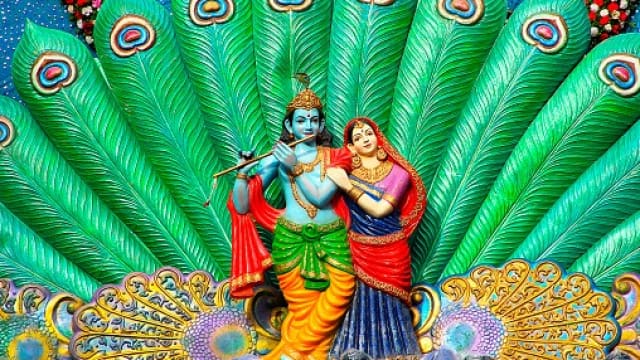 Paramatma Yogeshwar Shri Krishna’s entire life was a struggle and controversies were also related to his life. Lord Krishna was born in Dwapar Yuga in Bhadrapada Ashtami Tithi and Rohini Nakshatra. King Parikshit is considered to be the last king of Dwapar Yuga and it was from his tenure that Kali Yuga started. At present 5123 years of Kali Yuga have elapsed. Still, the date of appearance of Lord Krishna is in dispute. There is already a distinction between Smartanaam and Vaishnavanam for this fast. This year also there is a difference of date and constellation, apart from this some scholars have divided the festival into three days by creating a new ruckus in the media trial.

Krishna Janmashtami 2022: Birthday of Lord Krishna on 19th, this day is valid for fasting

According to these scholars, the Ashtami date of Krishna Paksha of Bhadrapada is falling for two days. Ashtami Tithi is starting from 09:21 pm on Thursday, 18 August 2022, which will remain till 10.50 pm on Friday, 19 August 2022. According to religious beliefs, Lord Krishna was born at 12 midnight, so August 18 is the best day to celebrate Kanha’s birth anniversary at night.

According to Ganesh Aapa and Mahavir Panchang, till 13.06 pm on Friday, August 19 is Ashtami: On the other hand, Harphool Shastri, the Purvacharya of Hanumat Sanskrit Mahavidyalaya, says that only the Panchangs published from Kashi are prevalent here. It is very clear in all these that Ashtami Tithi is getting on Friday at midnight and Ashtami is also there at sunrise. Due to this, there is no possibility of any differences in the date-oriented festival and in this sense, whether it is Vaishnava or Smarta, all will observe Janmashtami fast on Friday 19th August and will pass in Navami on Saturday 20th August. He told that according to Ganesh Aapa Panchang, Ashtami Tithi will start at 12.14 pm on Thursday and will stay for the whole day till 1.06 minutes or 13.06 pm on Friday 19th August. Similarly, the priest of Hanumangarhi, Pt. Satish Vaidik quoted Mahavir Panchang that Ashtami will start from 12.14 pm on Thursday and will remain till 01.06 pm on Friday.

Incessant rain has turned the mood off, so these methods will be useful to refresh

After the water logging due to rain in Gurugram, the cab started floating in the water, ride on the roof to escape, see VIDEO