JDU made master plan for Mission 2024, Nitish Kumar will unite the opposition; Will go to Delhi on Monday 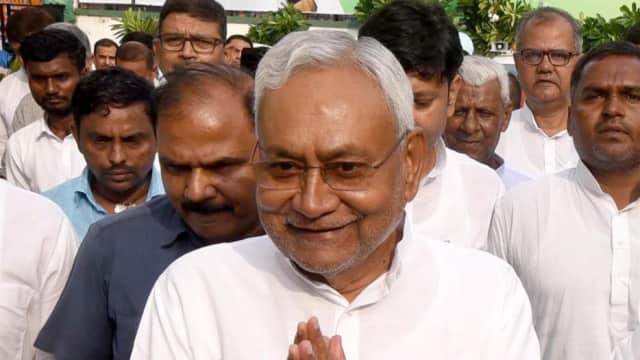 In the meeting of JDU’s National Executive and National Council held in Patna, it has been made clear that Chief Minister Nitish Kumar is not the prime ministerial candidate. Nitish Kumar will unite the opposition parties across the country to defeat the BJP in the 2024 Lok Sabha elections. He was authorized by the National Executive to prepare the ground for this and to meet the leaders of various parties, which was approved by the National Council on Sunday. It is known that the Chief Minister will go to Delhi on Monday to talk to the leaders of various parties.

After the meeting of the JDU National Council, the party’s Principal General Secretary KC Tyagi gave this information in the press conference. Said that JDU believes that without Congress and Left, a strong fight cannot be fought with BJP. Therefore, the opposition parties have to come together by putting an end to differences. It also said that Telangana Chief Minister K Chandrasekhar Rao wants the Congress not to be included in the alliance formed against the BJP. Tyagi said that the Chief Minister, in his one-hour address, explained in detail the reasons for his separation from the NDA in the National Council meeting of the party.

Now JDU will never have an alliance with BJP, Nitish announces; The reason for leaving NDA was also given.

Chief Minister Nitish Kumar said that the BJP separated the LJP from the NDA in the 2020 assembly elections under a well-thought-out conspiracy. Many senior BJP leaders contested against JDU candidate on LJP ticket. BJP conspired to harm JDU. Due to this, JDU suffered a loss of seats in the 2020 elections. JDU was given only one ministerial post at the Centre. While five BJP leaders from Bihar joined the Union Cabinet. After this, the BJP was engaged in breaking the MPs and MLAs of JDU. The JDU National Executive and the National Council have said in the resolution passed that the central government is working to benefit its favorite industrialists by selling public enterprises to the capitalists.

Huge success if all opposition parties fight together: Nitish

The Chief Minister has said that if all the opposition fight the elections unitedly, then huge success will be achieved. I am not talking about numbers. On the question of journalists, he said that he is going to Delhi to meet leaders of different parties. There are seven parties in the Grand Alliance, out of which four are based in Delhi. Apart from this, talk to other people as well. Will also meet the President and the Vice President. Nitish Kumar was talking to reporters in the party office premises.

The membership drive of JD(U) started during the National Council meeting of the party. Chief Minister Nitish Kumar first became a member of the party. He was made a member by JDU national president Lalan Singh. At the same time, the Chief Minister made Lalan Singh a member. During this time, both the leaders became active members of the party by making 25-25 members. The membership drive will continue till November 8. MP Anil Hegde became the election officer.