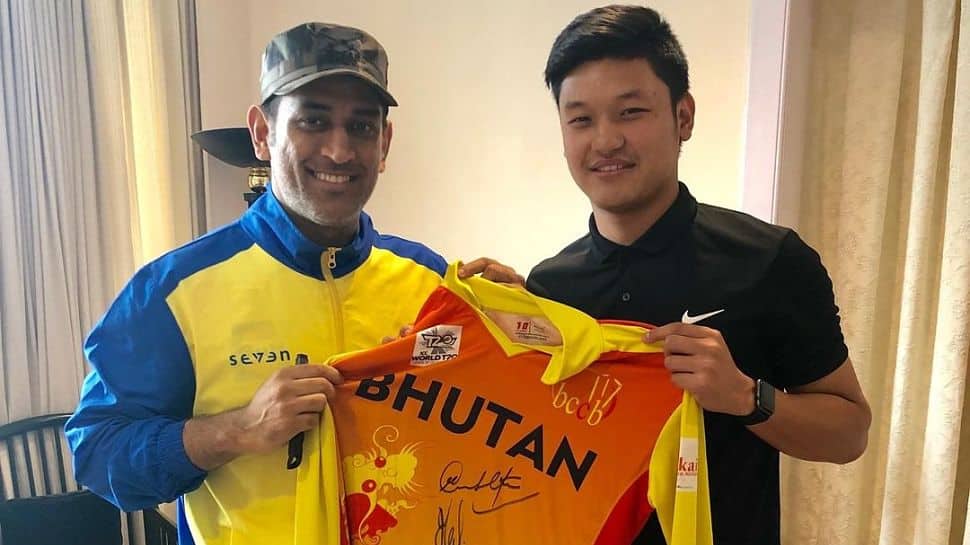 Bhutan player Mikyo Dorji might not be a popular name in international cricket and he sure promises to be one if given a chance. That is the reason why he has thrown himself in the mega auction to try his luck.

Dorji started receiving calls as soon as his friends came to know his name is in the auction and then he had to tell tham that is just the initial round and the final list will be out after some days.

Two days earlier, Dorji posted a photo with CSK captain MS Dhoni and shared an anecdote from the time he met the former Indian captain.

In that photo, Dorji is seen posing with MS Dhoni and both are holding a signed Bhutan team jersey.

“Keep it simple. Focus more on the process and less on the results. If you get the process right you will get the result. And enjoy, don’t take too much pressure. Ever since the great MS Dhoni gave me this piece of advice, it has always stuck with me,” Dorji captioned the post.

The Bhutanese cricketer says that he has submitted his name to be taken in auction but he does not feel he will make the cut into the final list.

“Playing in the IPL is an ultimate dream for me. People saw that there was one player in the auction list from Bhutan and my friends started calling me. But they don’t know (laughs) that this is just the initial round, and the names are going to be shortlisted further. If I am honest to myself, my name will not be there in the main list after it is trimmed. Anyways, just registering is a big deal for Bhutan,” Dorji told the New Indian Express.