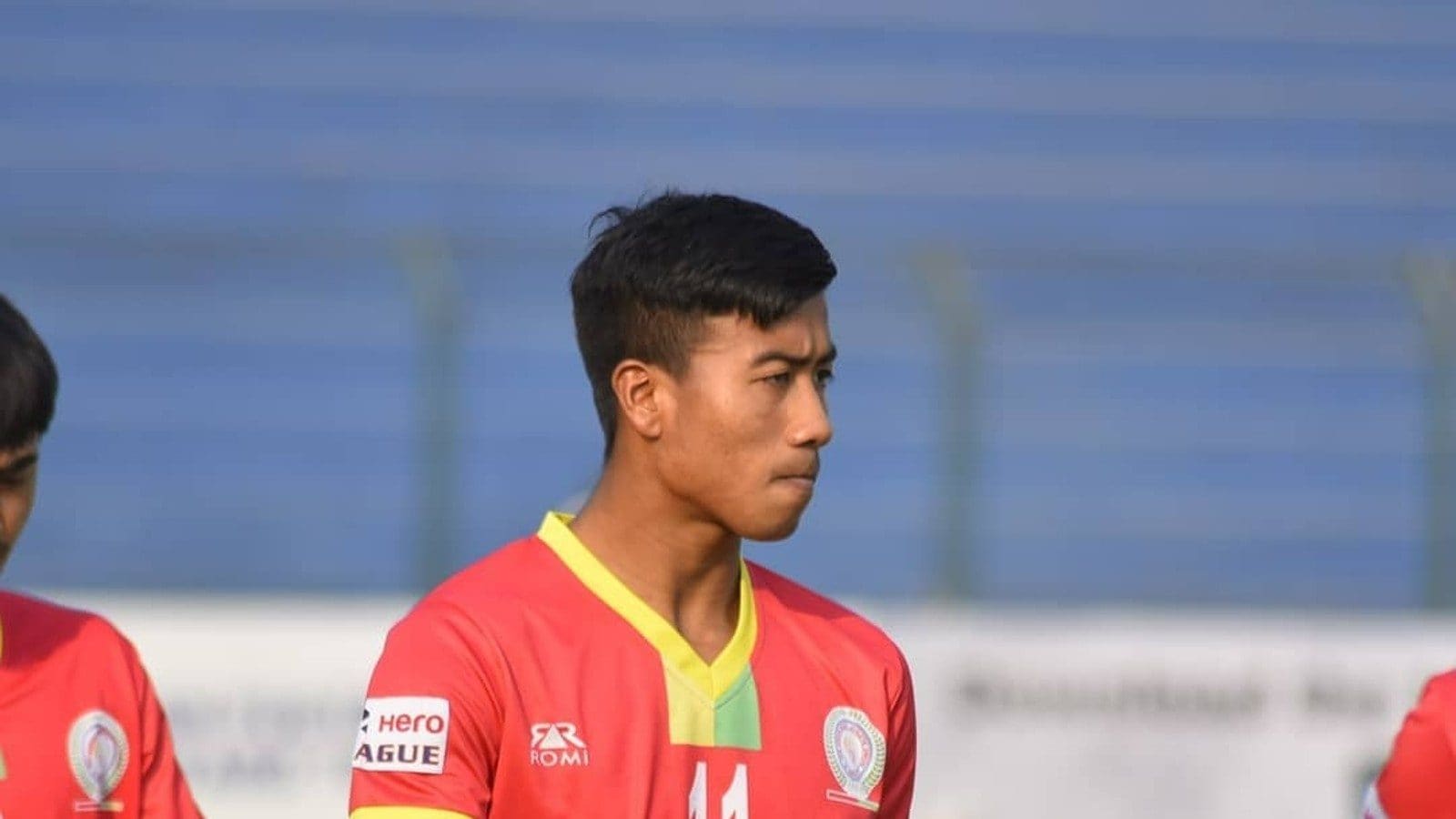 Indian Super League club Kerala Blasters FC on Wednesday announced the signing of striker Bidyashagar Singh on loan from Bengaluru FC, keeping him with the side until May 2023.

The 24-year-old striker, a product of the Tiddim Road Athletic Union FC academy, started his career with East Bengal FC in 2016. He first came into prominence when he took the Kolkata side’s U18 team to the finals of the 2016-17 U18 I-League, scoring 6 goals along the way.

He made his senior team debut in 2018 and went on to make 12 appearances for the senior team over two seasons.

In 2020, Bidyashagar signed for I-League side Trau, which turned out to be a major turning point in his football career. He scored 12 goals in 15 appearances, including two hat-tricks, leading Trau to a third-place finish that year. His performances in attack earned him several individual accolades – the Top Scorer award, the ‘Hero of the Season’ award and a place in the I-League ‘Team of the Season.’

Following his exemplary performance in the I-League, he signed with Bengaluru FC for whom he scored 3 goals in his 11 appearances in different national and international competitions.

“I am excited about this move, I am looking to get some game time and get my scoring boots back on. I know some of my teammates from Manipur, I am looking forward to getting to know the rest of them,” said Bidyashagar.

“It’s a new challenge for me, a new place, new colours, and a new mission, and I will look to deliver. I want to thank the coach and management for giving me this opportunity,” he added.

Bidyashagar became KBFC’s third Indian signing of the summer after Saurav Mandal and Bryce Miranda. The striker will add a new dimension to the Blasters attack as they prepare for the upcoming ISL 2022/23 season.

The footballer is expected to link up with his teammates in Dubai as the Blasters prepare for the first of their three friendlies in the UAE. The Blasters are set to play against UAE First Division side Al-Nasr on August 20.