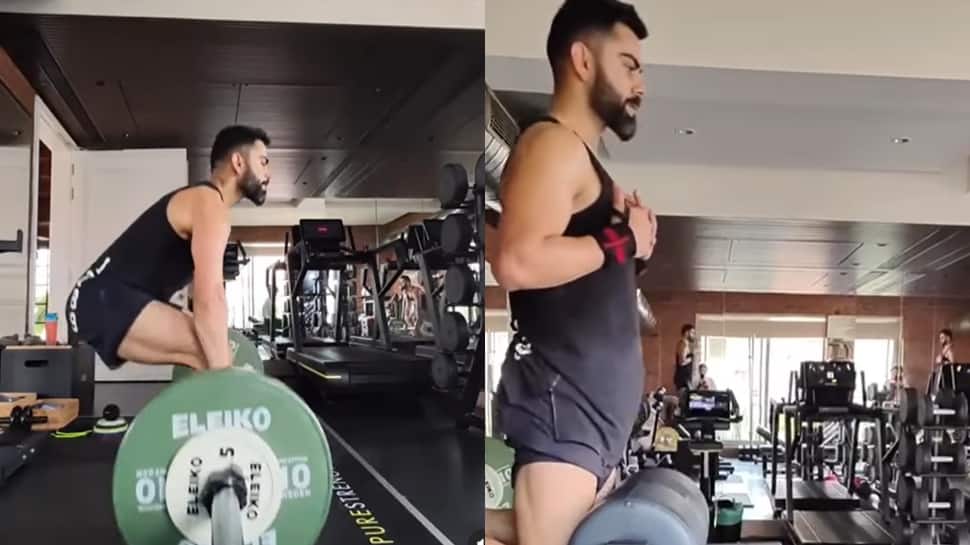 Former India captain Virat Kohli is done with his vacations and holidays. He remains on international break at the moment but he is no more ‘having fun’. On Wednesday (August 17), Kohli returned to training in the gym and posted a video where he is seen lifting weights and doing other exercises. His former trainers have reacted to the video, saying he looks extremely fit. Former India trainer Nick Webb wrote in the comments: “Looking strong and quick”. While Afghanistan spinner Rashid Khan dropped two crown emojis, calling him the forever king. Kohli will return to international cricket after a long break, at the Asia Cup 2022 which begins on August 27.

India play their first match vs arch-rivals Pakistan on August 28 at Dubai International stadium and that will also be Kohli’s first game since the end of England tour.

Kohli will be itching to make a comeback. He needs to prove his worth in Asia Cup 2022 as if he fails, chances of him flying to the T20 World Cup 2022 scheduled to take place in Australia later this year will diminish. The 33-year-old will be playing with a big pressure in his head and if he delivers, it will make his fans extremely happy. Not for forget, Kohli who was once known as the run-making machine, has nto scored a century in more than 3 years now. His Test average has dropped below 50 for the first time in 7 years and the big 100s are no more coming.

India captain Rohit Sharma, has time and again, said that Kohli remains an integral part of the team and his form is not a big concern. He says that once Kohli gets a big score, he will be back among runs again, it is just a matter of time.