Kuldeep Yadav shines in 3rd ODI as SA bowled out for their lowest total in ODIs vs India, Twitter can’t keep calm 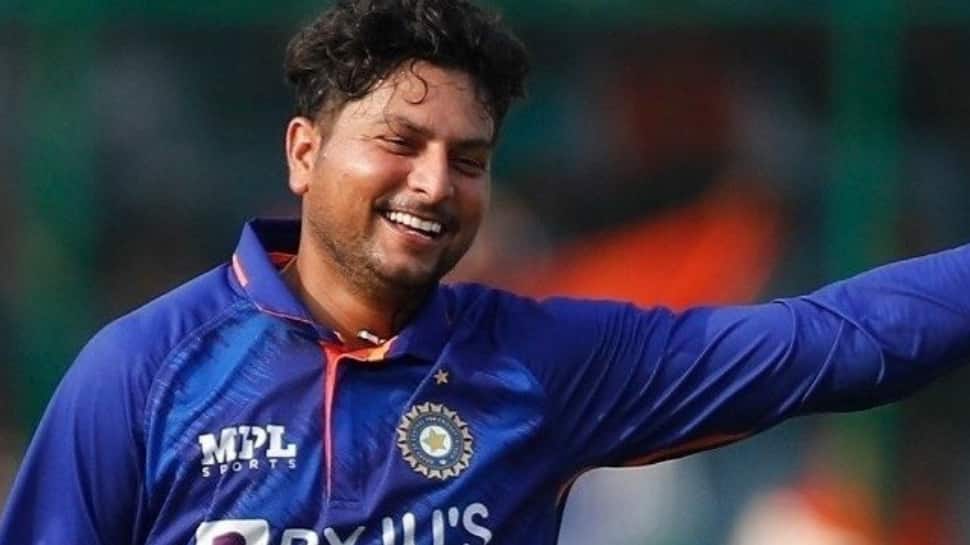 Kuldeep Yadav made a big statement on Tuesday (October 11) when he picked up four wickets in South Africa in the 3rd ODI at Feroz Shah Kotla ground in Delhi. Not just him, other spinners Shahbaz Ahmed and Washington Sundar too had a good outing as they bowled out South Africa for just 99, which is also their lowest total in ODIs vs India. Mohammed Siraj, was the only pacer, with wickets, he picked up 2 as well. The previous lowest total for SA vs India in ODIs was 117, that came 23 years ago in Nairobi in 1999. This is also South Africa’s fourth-lowest total in ODIs.

Kuldeep could have had a hat-trick as well. He had a golden chance as the No 11 Lungi Ngidi was in front of him but the tail-ender denied the left-arm spinner a chance to get the three wickets on three successive balls. Bjorn Fortuin, Anrich Nortje were the dismissals on two back to back balls as Kuldeep broke the back of SA bowling lineup.

“Feeling happy to take four wickets, have taken four wickets after such a long time. I was trying something different before IPL, and I am enjoying my bowling since then. I missed the hat-trick, could have bowled quicker. Should have changed the angle,” said Kuldeep on missing the hat-trick.

Fans could not keep calm and reacted to India and Kuldeep Yadav’s brilliant show:

He has been excellent against South Africa in ODIs. pic.twitter.com/MvQ92pPhEk

India need 100 runs to win the 3rd ODI as well as the series. The onus will be on openers Shikhar Dhawan and Shubman Gill to give a good start to the Indian cricket team and help seal the series.