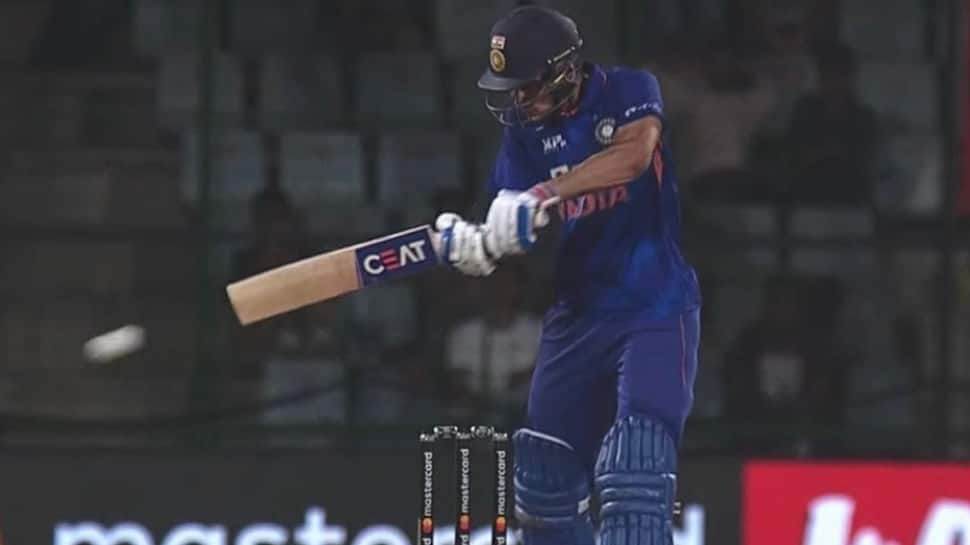 Shubman Gill was a sight to behold in the 3rd IND vs SA ODI as his masterful 49-run knock helped knock out South Africans by 7 wickets in Delhi on Tuesday (October 11). Gill scored 49 off 57 deliveries, which also included 8 fours, to take India past the winning mark of 100 runs. He was not there till the end as he was dismissed by a sharp inswinger by Lungi Ngidi. However, by the time he departed, he had put India close to the winning mark already. Gill’s 49 was filled with some beautiful strokes, the exclusive punch-cuts, the pulls, cover drives among many other exquisite shots. It was not a surprise that he impressed the fans on Twitter, who could not stop gushing over the fine strokeplay at Arun Jaitely Stadium in Delhi.

Take a look at the other reactions of the Shubman Gill and India fans below:

Shubman Gill is the only player that excites me in this second string INDIA..#INDvSA #ShubmanGill

BCCI needs to look after him well, once the big two of Indian Cricket retires, he can be the next selling point to fans, of course Pant, Rahul will be there but this boy is a gem.

This player has so much time and elegance.

Earlier, Kuldeep Yadav ended up with four wickets as India spun a web around the South African batters to bundle out the visitors for 99 in the third and final ODI here on Tuesday. The Indian spin trio of Washington Sundar (2/15), Shahbaz Ahmed (2/32) and Kuldeep Yadav (4/18) picked the right lengths on a slow Kotla pitch and did bulk of the damage. Pacer Mohammad Siraj (2/17) too continued his good run to make a strong case for his inclusion in T20 World Cup squad.

While Washington and Shahbaz got wickets up front, Kuldeep, who missed out on a hat-trick, cleaned up the tail. Put in to bat, South African batters failed to impress, falling like ninepins. Quinton de Kock (6) was the first to perish as he half-heartedly cut the ball to top-edge it to Avesh Khan at backward point, giving Washington his first wicket. India then seemingly got their second wicket when Reeza Hendricks (3) was trapped leg before but the South African took the review to turn the umpire’s decision in the seventh over.

Janneman Malan (15) smacked Siraj for three of boundaries in his consecutive overs before the pacer got rid of the opener as he tried to play the pull shot. South African batters continued to struggle and looked off colour as Siraj claimed his second when he got Hendricks (3) next. Aiden Makram (9), whose stay in the middle lasted 19 balls, became Shahbaz Ahmed’s first victim as he nicked it through to the keeper Sanju Samson. The visitors dallied to 50 in 17.1 overs but India were all over the visitors. Skipper David Miller (7) and joined Heinrich Klaasen in the middle but he too couldn’t make a mark as he was bowled, the ball slid in from round the wicket to clip the outside of off stump. Brought into the attack in the 20th over, Kuldeep too joined the party as Andile Phehlukwayo failed to read his googly.

Klaassen and new-man Marco Jansen stitched a 22-run stand that included a four and a six to take South Africa closer to the 100-run mark. First, Jansen charged down the pitch for a six over long on, a few balls later Klassen hit a boundary but he was dismissed by Shahbaz. Kuldeep then burst with a three-wicket haul clearing up the lower order as South Africa were bowled out in 27.1 overs.