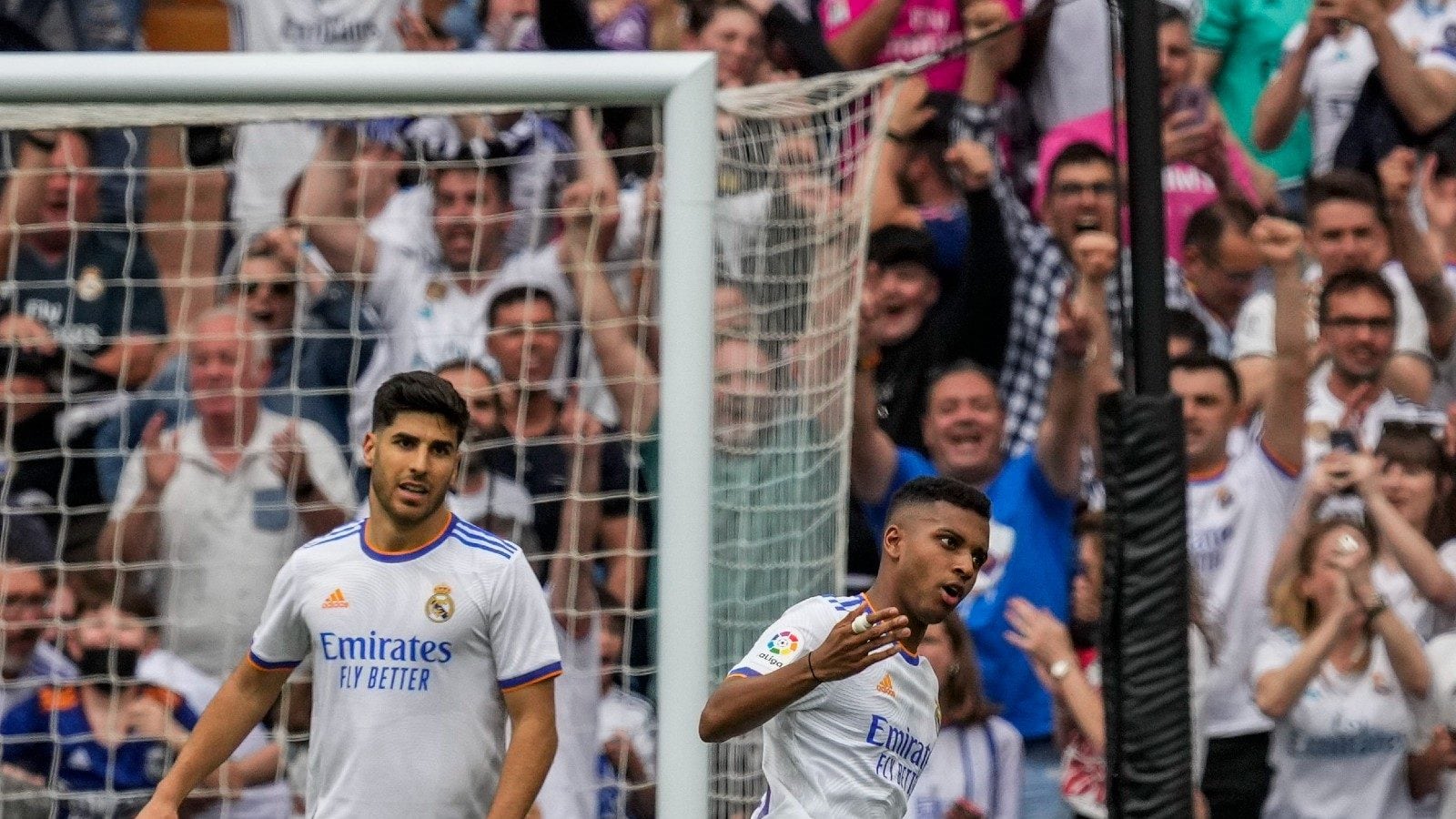 Rodrygo scored twice, while Marco Asensio and substitute Karim Benzema added a goal each to give Madrid their second league title in three seasons, and third in six years.

The victory gave Madrid an insurmountable lead with four rounds to go. They were 17 points in front of Sevilla, who drew with Cádiz 1-1 on Friday, and 18 points ahead of Barcelona, who host Mallorca on Sunday.

With the title, Carlo Ancelotti became the first coach to lift trophies in the top five European leagues. The Italian manager won with AC Milan in Serie A, Chelsea in the English Premier League, Paris Saint-Germain in Ligue 1, and Bayern Munich in the Bundesliga.

Veteran Brazilian Marcelo also reached a milestone with his 24th career title with Madrid, the most in the club’s history.

There was not a lot of time to celebrate, though, as on Wednesday Madrid are back at Santiago Bernabéu Stadium to host Manchester City in the second leg of the Champions League semifinals. Madrid lost 4-3 in the first match in England.