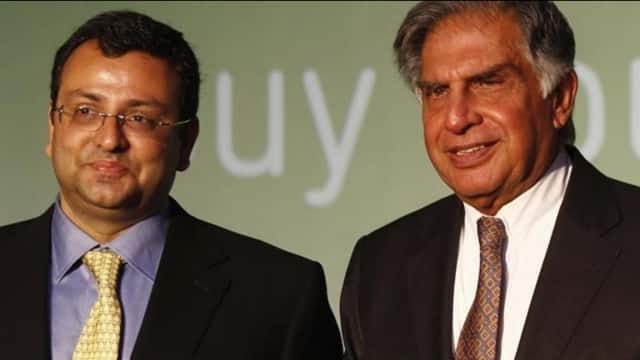 In 2012, when Cyrus Mistry was made the chairman of Tata Sons, the holding company of the Tata group, everyone welcomed the decision. It was the first time in the history of the Tata group that a person who was not directly related to the Tata family was given the reins of the group. Ratan Tata also praised Cyrus Mistry fiercely. However, within a few years there were reports of differences between the Tata group and Cyrus Mistry. Today we will tell you what were those big issues, about which the conflict went on increasing.

Tata Nano: The biggest reason for the dispute between Cyrus Mistry and Tata is considered to be the Nano project. According to media reports, Cyrus Mistry wanted to shut down the Nano production due to the continuous loss of Tata Motors. However, it was Ratan Tata’s dream project. This project, which was started to make the dream of every poor person to buy a Lakhtaktia car, did not succeed as expected. The sales of the Tata Nano started falling sharply and this was the reason why Cyrus was insisting on shutting down the project completely.

Tata-Docomo: Ratan Tata was also unhappy with the dispute between the Cyrus Mistry-led Tata Group and the Japanese telecom company NTT DoCoMo. In fact, in 2009, NTT DoCoMo partnered with Tata to form Tata Teleservices. As many of its goals were not met, the Japanese partner decided to exit the joint venture in 2014.

Read this- Cyrus Mistry: The little darling of the business family, who gave new flight to his father’s dreams

Under the agreement, DoCoMo wanted Tata to either find a buyer for its 26 per cent stake or buy it. Tata could not find a buyer and did not buy back DoCoMo shares. In January 2015, NTT DoCoMo filed for arbitration. In June 2016, the London Court of International Arbitration ordered Tata to pay $1.17 billion in damages to NTT DoCoMo. Tata Sons paid $1.2 billion to NTT DoCoMo after fighting arbitration in courts in the US and UK as well as the Delhi High Court.

Apart from this, the poor management of Cyrus Mistry was also cited for the poor performance of Tata Steel. Mistry had sold several properties during his tenure to reduce the debt burden on group companies. In 2014, Tata Power sold a 30 per cent stake in its coal mine in Indonesia for Rs 3,100 crore.

Read this- An outsider, who took charge of the Tata Group, fought a legal battle for the right

In April 2016, Tata Chemicals sold its urea plant in Uttar Pradesh to a Norwegian company for Rs 2,600 crore. In May, Tata Communications sold a majority stake in the data center it owned. In June, Tata sold Neotel, a South African-owned telecom company, for Rs 3,000 crore. According to media reports, Ratan Tata was unhappy with Cyrus Mistry’s only focus on sales and the way he worked. Reports suggest that there were complaints about Cyrus’ behavior in the management as well.

In June 2016, they finalized Tata Power’s acquisition of Welspun’s solar farms for $1.4 billion, according to media reports. It was called a decision without the approval of Ratan Tata and other major shareholders.

At the same time, the board of Tata Sons included Ajay Piramal of Piramal Enterprises and Venu Srinivasan of TVS. It is said that Mistry, who chairs the board, was not aware of these appointments, which clearly reflects the dissatisfaction between the chairman and the major shareholder, Tata Trusts.

According to the report, Cyrus Mistry was asked to leave the post, but he did not do this work. Mistry is said to have been keen to face the board. The board had nine members including Tata and Mistry. Six of them are said to have voted for Mistry’s removal and two did not.

If Mallikarjun Kharge wins, he will be the second Congress President from Karnataka, know his political journey so far

Keep in mind those traveling by Delhi Metro, services will be affected on Blue Line route on October 2