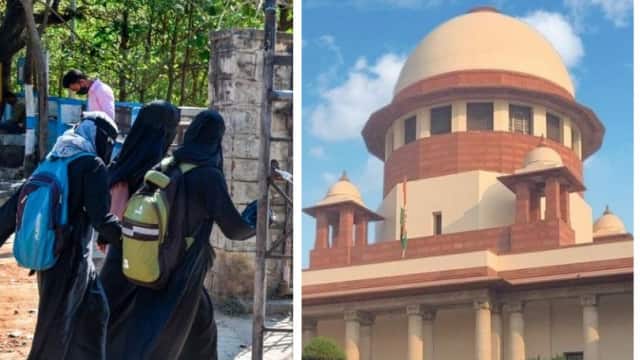 On Thursday, the Supreme Court heard the petitions filed against the ban on hijab in educational institutions of Karnataka. During this, the top court said that educational institutions have the right to decide the uniform according to them and the hijab is a different thing from that. Now the apex court has decided to hear the matter next on September 19. During today’s hearing in the court also many interesting arguments were seen. According to the report of Live Law, advocate Dr. Colin Gonsalves, appearing for the petitions filed against the ban, questioned the decision of the Karnataka High Court to uphold the ban. Gonsalves said the high court has rejected the international trend in the matter.

Institutions can decide the dress, SC said on challenging the hijab ban

He said the court said hijab is not part of Islam, so it cannot be a right. He said that the court has hurt the religious sentiments of Muslims by its remarks and misrepresented them. Not only this, he argued that hijab gives protection to Muslim girls in the same way as turban and kirpan gives protection to Sikhs. Let us tell you that during the hearing a day earlier, the court had said that it cannot be compared with kirpan, rudraksh, kada or janeu. The court had said that they are not worn over clothes. Hence they cannot be compared.

However, even after this, the lawyers have given some similar arguments. Gonsalves told the court that the Karnataka High Court in its judgment had held that the girls who filed the petition could not prove that they were wearing hijab even before the ban. While giving this verdict, the court ignored the fact that Muslim girls have been wearing it for centuries. On this, Justice Hemant Gupta, who was involved in the bench hearing the case, said that the basis of the case is heard in the court only.

If Mallikarjun Kharge wins, he will be the second Congress President from Karnataka, know his political journey so far

Keep in mind those traveling by Delhi Metro, services will be affected on Blue Line route on October 2