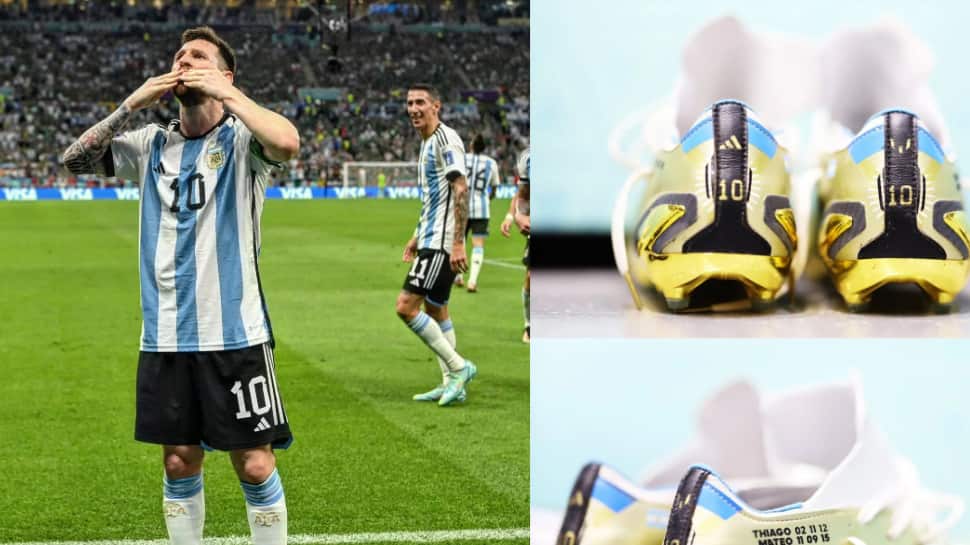 Lionel Messi, on Saturday (November 26), helped Argentina beat Mexico in their second match of FIFA World Cup 2022. Messi has been trending on social media websites since his epic goal from outside the box vs Mexico. Argentina eventually won the match 2-0 to keep the tournament hopes alive. But even before the match, Messi had made headlines, not because of his game but because of the boots he is wearing in the current World Cup. UEFA Champions League posted a picture of his boots on their social media handles and it got fans attention.

What was so special about Messi’s World Cup boots? Messi’s boots, which are golden in colour, has the names of his sons and their birth dates written on it. Boots are very special for the footballers and Messi has made it even more special in possibly his last World Cup. His boots had his kids’ name written on it: ‘Thiago 02 11 12, Mateo 11 09 15’.

Take a look at Messi’s boots below: