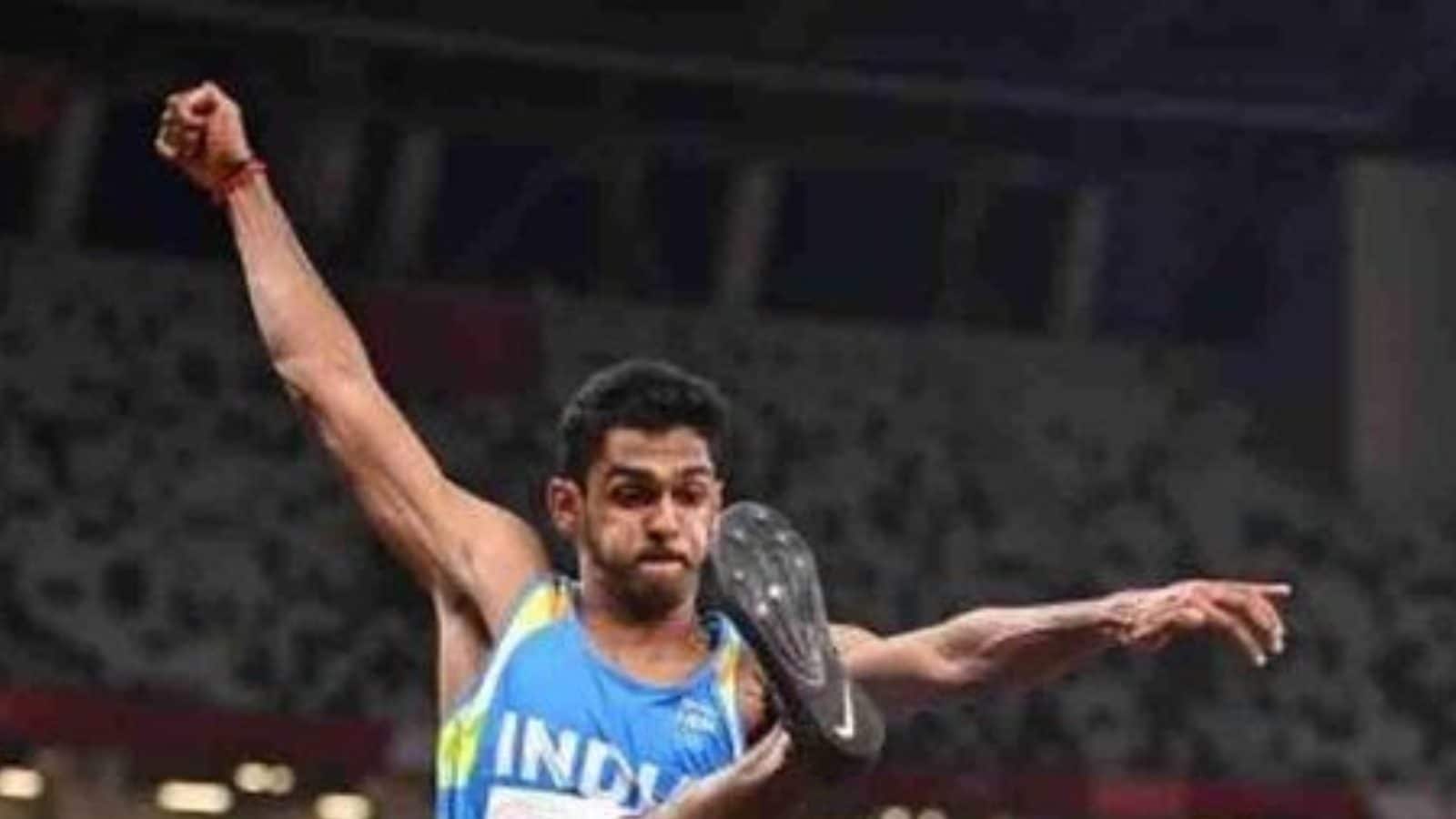 National record holder long jumper M Sreeshankar marked his return to competition with his third best ever effort of 8.17m to record a dramatic victory in the inaugural National Open Jumps Competition here on Tuesday.

Sreeshankar’s opening leap of 8.14m appeared good enough to seal the victory but Mohammad Anees Yahiya produced his personal best of 8.15m on his last attempt to leave the Tokyo Olympian with the task of passing that mark on his final try.

The 22-year-old Sreeshankar, whose national record stands at 8.26m, did just that as he edged out Yahiya for the gold by a mere 2cm. Sreeshankar now has three of the four best jumps by an Indian.

The Kerala jumper had a forgettable performance at the Tokyo Olympics, finishing 13th in his qualification group with a below-par effort of 7.69m. The disappointing show led to the sacking of his father S Murali from being his coach by the Athletics Federation of India (AFI).

Sreeshankar was on the verge of missing the Tokyo Olympics after faring poorly at the fitness trials just before the Games. The AFI had cleared him after his father submitted a written assurance that Sreeshankar would produce at least the qualification performance in Tokyo. But that was not to be in the end.

Sreeshankar and Yahiya were among six athletes who on Tuesday went past the Commonwealth Games and Asian Games qualifying standards laid down by the Athletics Federation of India. But their marks may not be considered for any qualification purpose in the absence of wind gauge equipment in the meet.

Woman long jumper Ancy Sojan and three triple jumpers Eldhose Paul, Karthik Unnikrishnan and Abdulla Aboobacker were the others who shared the limelight.

Paul and Unnikrishnan notched up personal best efforts of 16.93m and 16.87m with their last attempts. The 25-year-old Paul, whose previous best of 16.62m was achieved in June last, found his rhythm to wrest the lead back from Unnikrishnan, who improved his personal best from 16.80m, in a thrilling contest.

Ancy Sojan got her personal best of 6.51m on her fifth try to become only the eighth Indian woman long jumper to pass the 6.50m mark. Each of her five valid jumps were past the 6.20m.

Nayana James also had similar consistency with her shortest jump measured at 6.18m as she offered quality competition to Sojan but could not do better than 6.35m.

In the women’s high jump, Abhinaya Shetty produced her personal best of 1.82m while Gracena Merly, the only Indian woman who has leapt over that height in the past four years, was unable to clear 1.80m on Tuesday.

The meet closed with another dramatic last-ditch effort to secure a win, this time by Aleena Jose to edge out V Sheena in women’s triple jump.

Sheena led from the start, having opened with a 12.45m effort and bettering that with 12.47m in the fourth attempt. Aleena Jose, lying third in the triangular contest, catapulted to the top with a 12.68m effort in the sixth and final try.