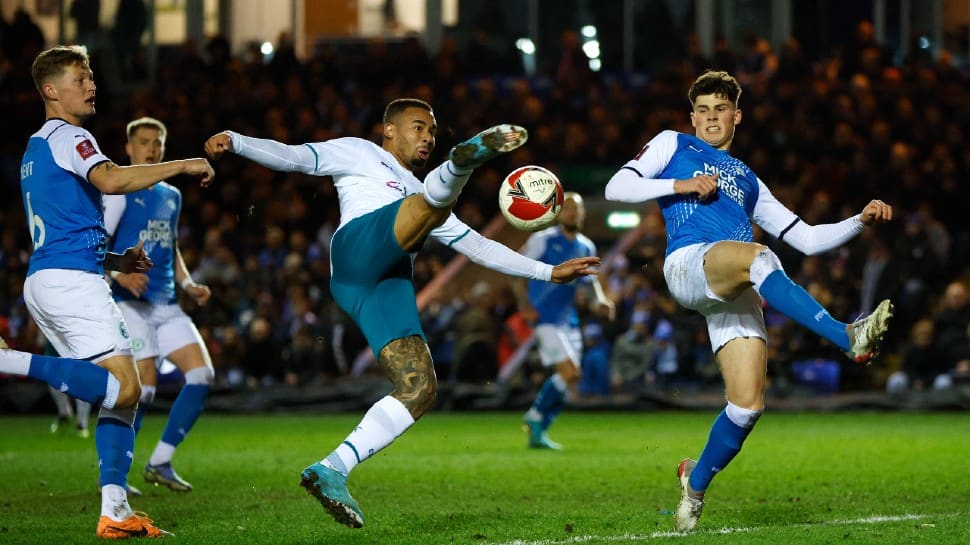 Tottenham Hotspur suffered an FA Cup upset at the hands of Championship Middlesbrough on Tuesday losing 1-0 after extra time in the fifth round at the Riverside Stadium to Chris Wilder’s side. Premier League leaders Manchester City and Crystal Palace both beat lower division opponents to take their place in the quarter-finals.

Josh Coburn drilled in the decisive goal in the 107th minute as Middlesbrough followed up their humbling of Manchester United in the previous round with another night to remember. It was another setback for Tottenham manager Antonio Conte who just last week had questioned his future after the 1-0 defeat to Burnley in the Premier League.

A magical moment, made in Middlesbrough! @Jcoburn06 sends @boro into the #EmiratesFACup quarter-finals for the first time in 5 years! #EmiratesFACup pic.twitter.com/l8Ncm9HVRf

Conte fielded a full-strength side, sticking with the starting eleven which won 4-0 at Leeds United in the league on Saturday but Middlesbrough were good value for the win. “This defeat has to hurt me, my players and every one that works in Tottenham,” said the Italian.

“I feel we lost a big chance here. When you are playing against a team that have played in the Premier League you have to kill, in a sporting way, your opponent. When you don’t score the chances you create then you give them confidence. They deserved to go to the next round and compliments to them,” he said.

Wilder, whose side are eighth in the Championship, credited the fans for creating a passionate atmosphere. “The supporters gave us the energy to produce a top performance,” he said.

“We are delighted be in the next round, I would love it to be a home tie. A great reward for everybody who has followed this club. We want to make memories. We had one at Old Trafford and I believe we have had one in our own stadium, which is brilliant.”

Riyad Mahrez and Jack Grealish were on target as Premier League leaders Manchester City beat Championship strugglers Peterborough United 2-0. City struggled to break down the second tier’s bottom club until Mahrez put them ahead on the hour, cutting in from the right and drilling a left-foot shot into the far corner.

Pep Guardiola’s side then doubled their lead with a goal of prime quality – Phil Foden struck a ball from deep which Grealish brought down with a sublime touch before a clinical finish for his first goal in the FA Cup.

A solid defensive effort from @theposh was unlocked by two classy @ManCity goals as the away side saw themselves through to the #EmiratesFACup quarter-finals pic.twitter.com/fiuVmpkvFE

“We are in the next round and in the end, the quality of our players made the difference,” Guardiola said, praising the finishing of his forwards. “Riyad always had this quality in the final third – he is the best we have. He scored a fantastic goal. So proud of the game he played. The pass from Phil (for the Grealish goal) was excellent – the control was excellent from Jack. He was aggressive in the final third and is back from injury and played a really good level,” added the Spaniard.