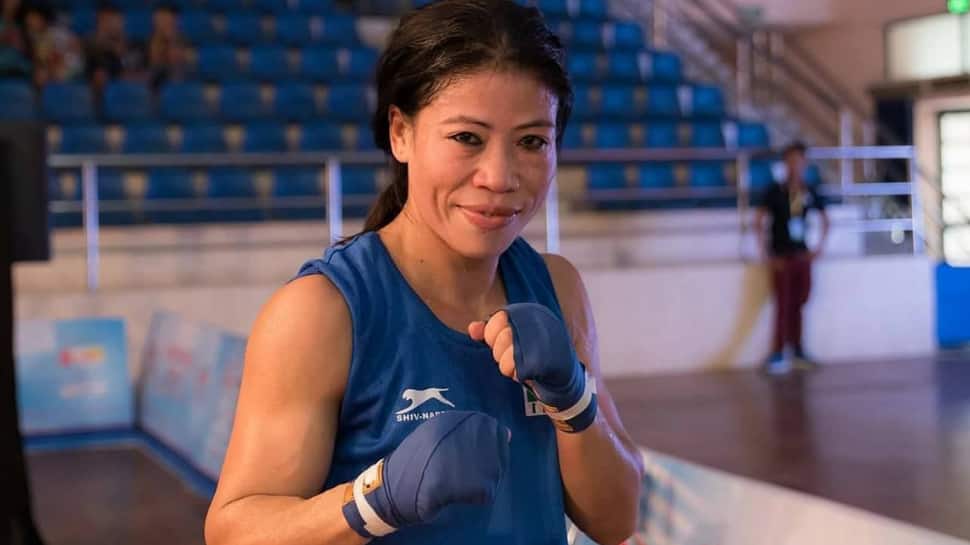 In a shocking news, 6-time world champion MC Mary Kom withdrew her participation from the ongoing Women’s Boxing Trials for the 2022 Commonwealth Games due to an injury she suffered on Friday (June 10) in New Delhi. During the 48kg contest against Nitu, the London Olympic bronze medallist Mary Kom sustained a knee injury. She was just into the first minute of the opening round when injury happened but the gritty pugilist, after receiving medical attention, came back into the ring to resume the bout. However, Mary Kom was still experiencing intense pain that eventually forced her to leave the ring towards the end of the opening round as the referee stopped the bout and declared Nitu the winner with RSCI verdict. With this, Mary Kom’s challenge for a spot at the Birmingham Games also came to an end.

On day 2 of the ongoing CWG trials in New Delhi, @MangteC suffered an injury. She twisted her left knee in round 1 of the bout against Nitu (48 kg). The injury forced her to stop the bout & she has been ruled out of the #CWG2022.

The multiple-time Asian gold medallist had last competed in the Tokyo Olympics, where she had reached the pre-quarters before bowing out with a hard-fought loss. Mary Kom, the most decorated Indian boxer, had decided to give the World Championships, that concluded last month, and the now-postponed Asian Games a miss to concentrate on the CWG, which is to be held in Birmingham next month.

Nitu, the two-time former youth world champion, advanced to the final of the CWG trials in the minimum weight division at the Indira Gandhi International Stadium. The Haryana boxer, who won the gold at the prestigious Stradja Memorial tournament earlier this year on debut, will now compete against Manju Rani for a CWG spot.
Nitu, who had represented India in 48kg in the world championships, is now primed to get a CWG spot in the category.

This could also potentially end Mary’s illustrious career as the legend will be turning 40 next year and could be out of contention if her injury concerns prevail. She has already set a huge benchmark fitness-wise by still trying her skills in the ring even at the age of 39. Will Mary return again? Only time till tell.