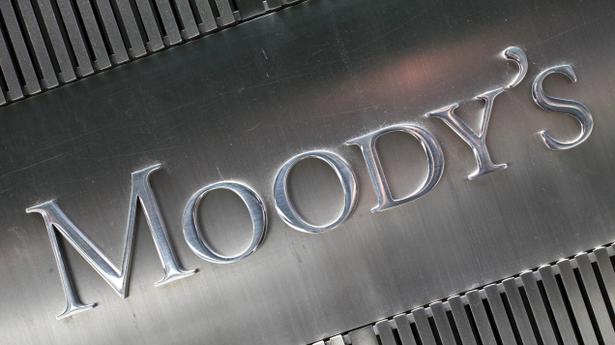 ‘Sanctions on Russia could flare up oil and gas prices; volatility, inflation and monetary policy shifts could weaken global recovery’

‘Sanctions on Russia could flare up oil and gas prices; volatility, inflation and monetary policy shifts could weaken global recovery’

Moody’s Investors Service scaled up its 2022 growth forecast for India to 9.5% with a further ‘upside potential’ from an earlier projection of 7%, citing the Union Budget’s focus on capital spending, which ‘will help consolidate’ the economic recovery even as it identified high oil prices and supply distortions as growth dampeners.

In a global macro outlook report released on Thursday, Moody’s said the speed of India’s recovery from the first lockdown driven contractions of 2020 and the second wave in 2021, was stronger than expected. The economy, it said, was estimated to have surpassed the pre-COVID-19 GDP level by over 5% in the October to December quarter of 2021.

“Sales tax collection, retail activity and PMIs suggest solid momentum. However, high oil prices and supply distortions remain a drag on growth. As is the case in many other countries, the recovery is lagging in contact-intensive services sectors, but it should pick up as the Omicron wave subsides,” the firm stated.

‘On way to normalcy’

“With most remaining restrictions now being lifted with the improvement in the COVID-19 situation, including the reopening of schools and colleges for in-person instruction across various states, the country is on its way to normalcy,” it said.

The agency was less bullish about the global economic outlook. It pointed out that the recent rapid rise in inflation was eroding household purchasing power and could weaken the recovery even though it expected price pressures, including oil prices, to gradually subside in the second half of 2022.

“The first half of 2022 will be challenging. Elevated commodity prices, demand-supply imbalances, inflation pressures, volatile financial markets and geopolitical tensions will make for a challenging backdrop,” it said. It explained that it believed its ‘bear scenario’ was a more likely outcome due to the balance of risks tilting to the downside.

Russia and other risks

“Lastly, the global world order is being reshaped by great-power competition and geopolitical realignment. Geopolitical rifts pitting China and Russia against the US and other Western powers have magnified over the last two years. Russia’s recognition of the independence of two territories in eastern Ukraine represents a further elevation of the geopolitical risks that we have previously highlighted, including the potential for additional and more severe sanctions on Russia,” it said.

“The ultimate credit impact of any new sanctions will be determined by the sectors targeted, their scope and the degree of coordination between Western countries. In Asia, China’s relationship with the US, Europe, Australia and India has worsened over the last two years,” it highlighted.

“As China’s policies continue to prioritise its domestic economy and as other countries take steps toward diversification and onshoring of global goods supply chains, gains from the globalization process of the 1990s and 2000s could reverse,” it concluded.