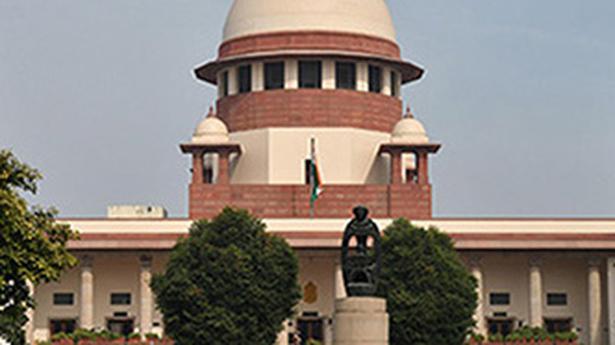 The Supreme Court on Friday frowned upon more and more petitions being filed, challenging the Places of Worship Act. A Bench led by Justice D.Y. Chandrachud gave six new petitioners liberty to intervene in a case, in which the apex court had already sought the government’s response last year.

The Ministry of Health and Family Welfare has notified new sets of specified health warnings for all tobacco product packages by making an amendment in the Cigarettes and other Tobacco Products (Packaging and Labelling) Rules, 2008, dated July 21, 2022. The amended Rules will be applicable from December 1 of this year.

The hooch tragedy that snuffed out 45 lives in Ahmedabad and Botad districts again lays bare the hollowness of the State prohibition law. While the affluent access premium alcohol through a time-tested network of bootleggers, the system leaves the underclass most vulnerable, reports  Mahesh Langa

India welcomed the expansion of the Shanghai Cooperation Organisation (SCO) to include Iran next year, as External Affairs Minister S. Jaishankar shared a table with Foreign Ministers of China Wang Yi, Pakistan Bilawal Bhutto, Russia Sergey Lavrov and central Asian countries at the ministerial meeting in Tashkent on Friday. While India pushed for Chabahar port to be a conduit for trade to central Asia, Pakistan’s Foreign Minister promoted the China-Pakistan Economic Corridor for trans-regional trade, including in a meeting with Taliban-appointed Acting Foreign Minister Amir Khan Muttaqi.

Formation of self-help groups and machine installation with Japanese collaboration have improved the production of these leaf items, improved the environment as well as enhanced the returns of local folks, especially women

India-Pak. ceasefire gives a boost to LoC tourism in Kashmir

With guns and cannons falling silent since India and Pakistan agreed to a ceasefire in February 2020, villages closer to the Line of Control (LoC) are opening up for tourists visiting Kashmir. These villages were out-of-bounds for outsiders for almost three decades as their physical proximity to the LoC made them virtual battlefields.

Sri Lanka’s exports grew 21% during the first six months of the year and earned $5 billion for the crisis-hit country, according to official figures released on Friday.

Worldview with Suhasini Haidar | U.K. Prime Ministerial race | What does it mean for India?

In this episode of Worldview, we take a deep dive into the upcoming election to decide between Liz Truss and Rishi Sunak as the next Conservative Party leader and the next British Prime Minister and discuss whether this choice between Sunak and Truss will change anything for India

Kerala, which slipped to the eighth slot in holding the sittings of the State Assembly during the first wave of the COVID-19 pandemic in 2020, got back to first place in 2021, with its House sitting for 61 days, the highest for any State.