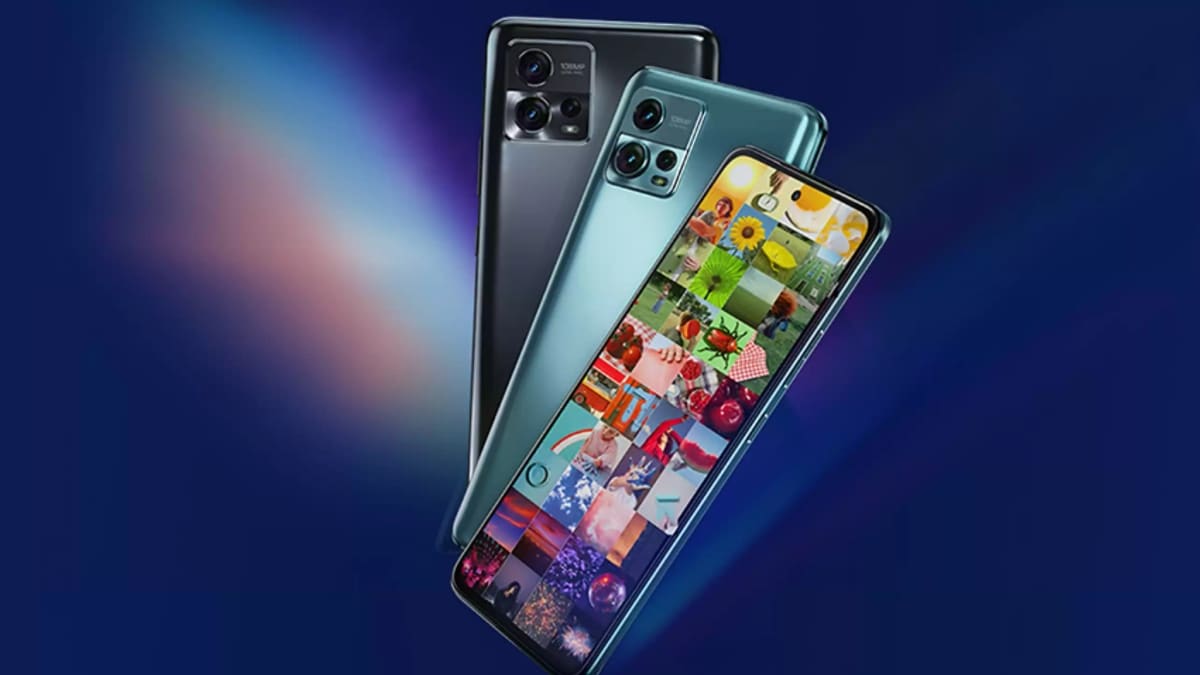 Moto G72 will be launched in India on October 3, the company revealed through a teaser on Wednesday. A dedicated microsite on Flipkart has teased some of the upcoming Motorola G-series smartphone’s specifications ahead of its debut in the country. The Moto G72 is confirmed to be powered by a MediaTek Helio G99 SoC. It is teased to feature a 108-megapixel triple rear camera unit and will have a pOLED panel with a 120Hz refresh rate. The Moto G72 will pack a 5,000mAh battery with 33W fast charging support as well. The Flipkart listing includes Meteorite Gray and Polar Blue colour options for the smartphone.

In a tweet, Motorola India announced the India launch date of the Moto G72. The smartphone is scheduled to launch on October 3 and will go on sale via Flipkart. The e-commerce website has created a dedicated landing page on its website to tease the arrival of the smartphone. It is confirmed to be offered in Meteorite Gray and Polar Blue colour options. However, the time of the launch event and pricing details of the Moto G72 are currently unknown.

The Flipkart listing indicates the Moto G72 will run on Android 12 and sport a pOLED display. The display will offer a 120Hz refresh rate, 576Hz touch sampling rate, DCI-P3 color gamut coverage, HDR10 support and up to 1300 nits of peak brightness. It will be powered by a 6nm MediaTek Helio G99 SoC, coupled with 6GB of LPDDR4X RAM.

The listing shows the Moto G72 will feature triple rear cameras comprising a 108-megapixel primary sensor alongside an ultrawide sensor and depth sensor. It will offer 128GB of onboard storage as well. The upcoming smartphone will include Dolby Atmos-enhanced dual speakers and there will be an in-display fingerprint sensor for authentication.

As per the listing, Moto G72 will be backed by a 5,000mAh battery that supports fast charging via the bundled 33W TurboPower charger. The phone is confirmed to have a dust- and water-resistant design with an IP52 rating.