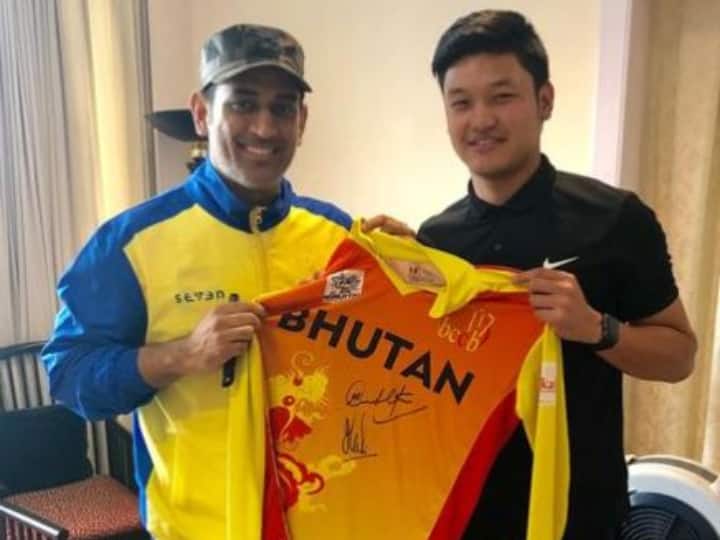 New Delhi: Former India captain and two-time World Cup winner, Mahendra Singh Dhoni, is one of the most decorated cricketers of all time. For emerging young players, getting tips and advice from the legend himself is nothing short of a blessing in disguise.

Having won the cash-rich IPL tournament record-breaking four times, Chennai Super Kings (CSK) skipper Dhoni is second to none when it comes to getting some much-needed helpful information for cricketing wisdom.

IPL 2022 Mega Auction is scheduled to take place in Bengaluru on February 12 and 13, next month. 1214 players have registered themselves for the auction. These include 896 Indian and 318 foreign players.

There are some names in the foreign players list, who are the only international cricketers of their country, who have registered themselves for the IPL auction. One of these names is of Bhutan’s all-rounder Ranjung Mikyo Dorji.

The 22-year-old Dorjim who has so far played one T20I for Bhutan, is the first Bhutan player to register for an IPL auction.

Dorji took to Instagram to post a video in which MS Dhoni was seen giving him important advice. The video of their interaction went viral on social media.

“Keep it simple. Focus more on the process and less on the results. If you get the process right you will get the result. And enjoy, don’t take too much pressure,” Dhoni told Dorji.

Ranjung Mikyo Dorji made his debut against Malaysia in 2018. He also played in Nepal’s Everest Premier League last year, becoming the first Bhutanese cricketer to play in an overseas cricket league.