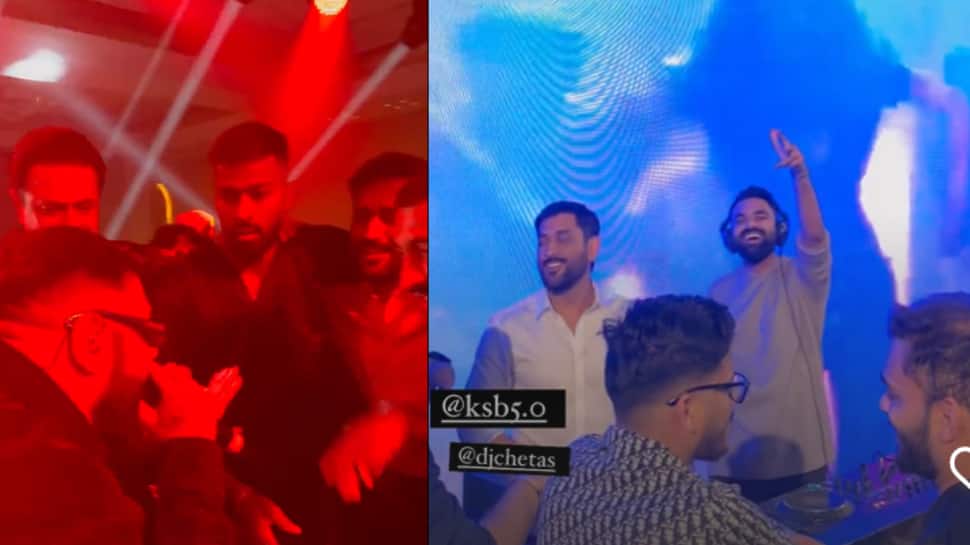 Since the time he started making headlines, MS Dhoni has been a calm, cool personality for his fans, who does not enjoy nightlife or parties. Even during the early days of Indian Premier League when the parties were a normal affair, Dhoni was never seen in those late night parties. But he has now retired from international cricket and plays only the IPL. He was seen having fun at a party in Dubai with T20 captain Hardik Pandya and Sakshi Singh Dhoni, his wife. Dhoni, in a viral video from the same party, can be seen singing with rapper Badshah, even shaking a leg on his songs.

Watch Dhoni partying hard with Hardik and Badshah below:

MSD didn’t just party with Badshah, he even turned a DJ for a while. These videos were shared on Instagram handle on his wife Sakshi.

While Dhoni is free these days as he is retired and gives more attention to various businesses he has started, Hardik has joined him from New Zealand. He was recently in New Zealand to lead India in the T20Is. He won the series 1-0 and contributed immensely with both bat and ball.

Badshah is a huge Dhoni fan himself. We all knew about Dhoni’s love for old songs. He is a big fan of Kishore Kumar and Mukesh. His Twitter bio has ‘hindi retro aficionado’ written in it. However, on Saturday night, he was dancing to the rap of Badshah, who also happens to be one of his close friends in Bollywood.

Dhoni will return to the cricket field on in IPL 2023 when Chennai Super Kings begin their journey for the fifth title.