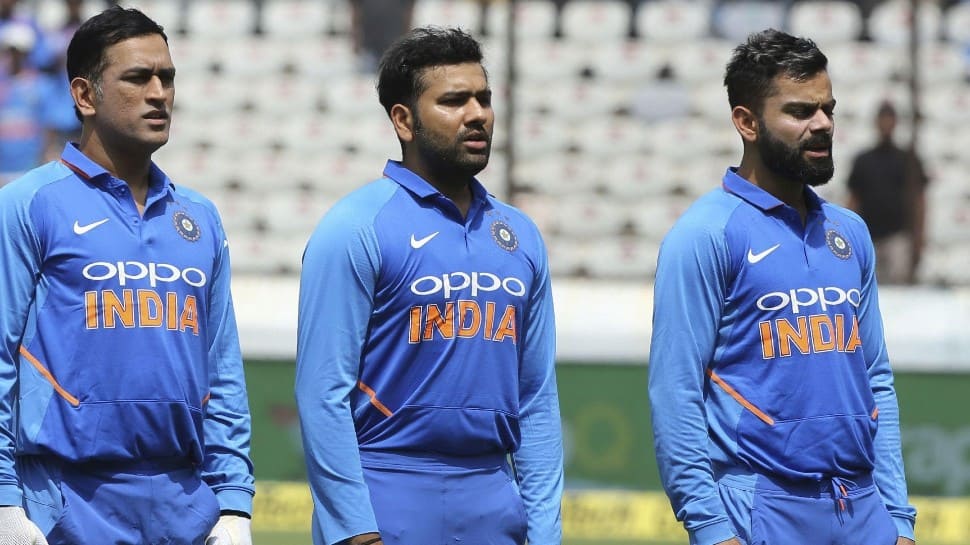 It is no secret that MS Dhoni, Virat Kohli and Rohit Sharma are three of the greatest cricketers of the modern era and the trio enjoys a massive fan following on social media. However, netizens went crazy after the three cricketers received G.O.A.T (Greatest of All-Time) emojis on Twitter with the hashtags in their respective names.

Interestingly, every time a user tweets “#Virat Kohli” or “#RohitSharma” or “#MSDhoni” then a goat symbol will be added after the cricketers’ names.

Notably, since the discovery of the emoticon, fans on Twitter couldn’t keep calm and celebrated the occasion by lavishing massive praises on their respective favourite cricketers – Dhoni, Kohli, and Rohit. Here are some of the reactions:

Wow , Virat Kohli got a GOAT Symbol hashtag on Twitter

One and only #MSDhoni pic.twitter.com/cr5VqxblrQ

The Real Goat  No.1 Cricketer Of India @ImRo45

Dhoni is considered as the best Team India captain ever by many as he led the Men in Blue to victory in a T20I World Cup, ODI World Cup and a Champions Trophy. The wicketkeeper-batter, who is currently the skipper of Chennai Super Kings in the Indian Premier League trophies, has also led his team to four IPL titles.

Meanwhile, Kohli and Rohit are two of the best batters in the world and their contribution to Indian cricket speaks for themselves. While Kohli, who has often been termed as ‘run machine’, has plethora of records to his name, Rohit has been a run-scorer across formats and stamped his authority in the game of cricket with his consistent performances.

Other than cricket, other sports stars in their respective fields like Roger Federer, Cristiano Ronaldo, Lionel Messi are the other players who have also got the G.O.A.T icon on Twitter.